From Straws to Tubes

About a year ago we backed a kickstarter project called Strawbees. These guys are awesome! We were so excited to begin playing with these that we decided to source some straws from our local market and try to cut some out of cardboard pizza box lids on our Epilog laser cutter. We found this colorful set of smoothie straws we thought would be perfect. However, they were larger than the straws that the Strawbees are made for. 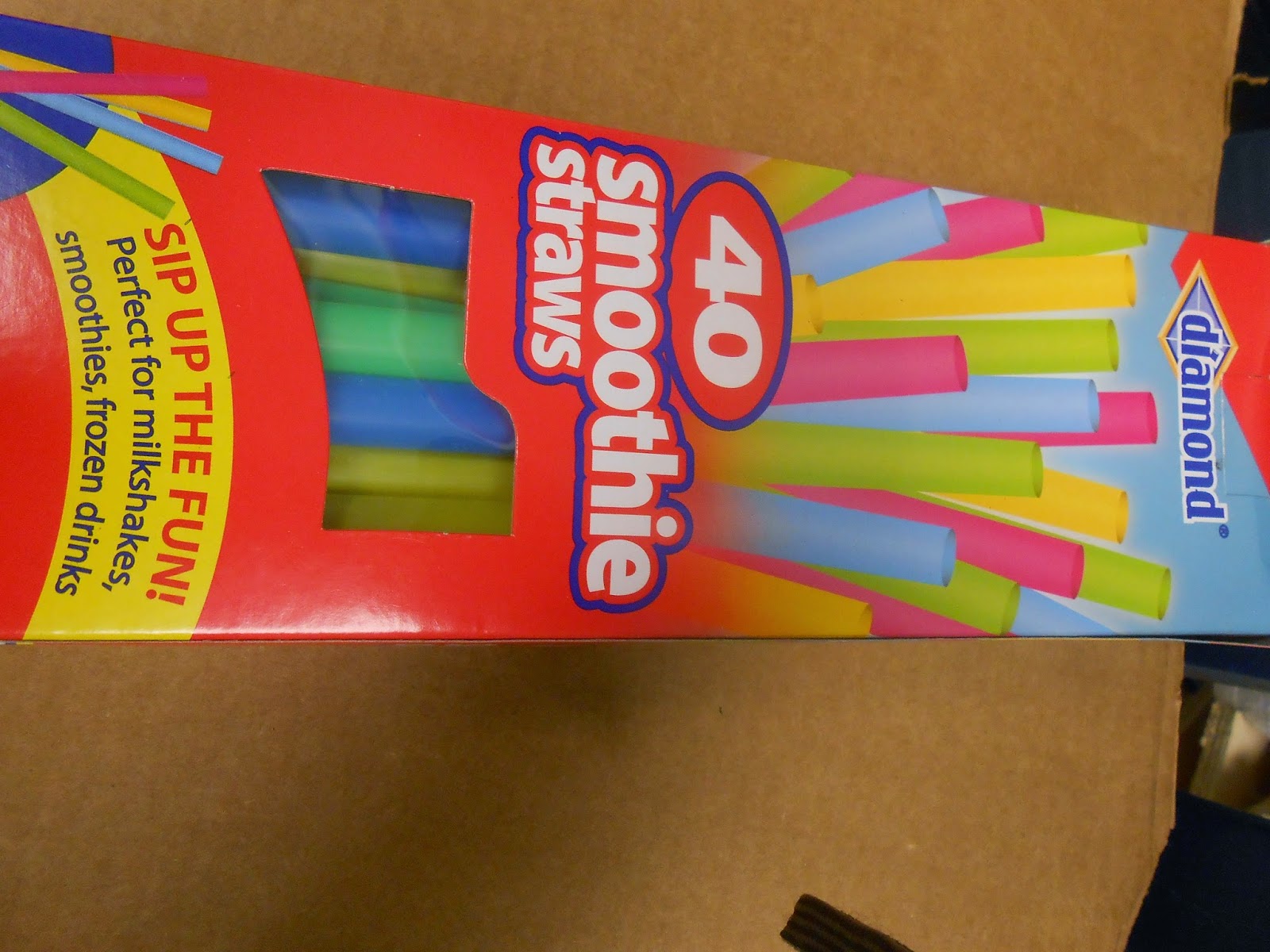 So we used a dial caliper to measure the dimensions and printed out some custom connectors.
Ok a lot of connectors.

As the children played and explored with them throughout the summer, they began making wonderfully colorful structures.

The new school year brought about our exploration of the community, where classrooms choose a part of there community that they would like to look closer at. They create representations of what they find, combining them to form a school  community. For the past 3 years we have also used this experience to introduce children to constructing with cardboard and recycled materials for the Caine's Arcade Global Cardboard Challenge. It was while exploring possibilities for this that we ran across the work of  architect Shigeru Ban and his paper tube structures. So we thought why not make use of a concept similar to Strawbees but for connecting cardboard tubes. So we did. The laser cutter was used to make some prototypes. 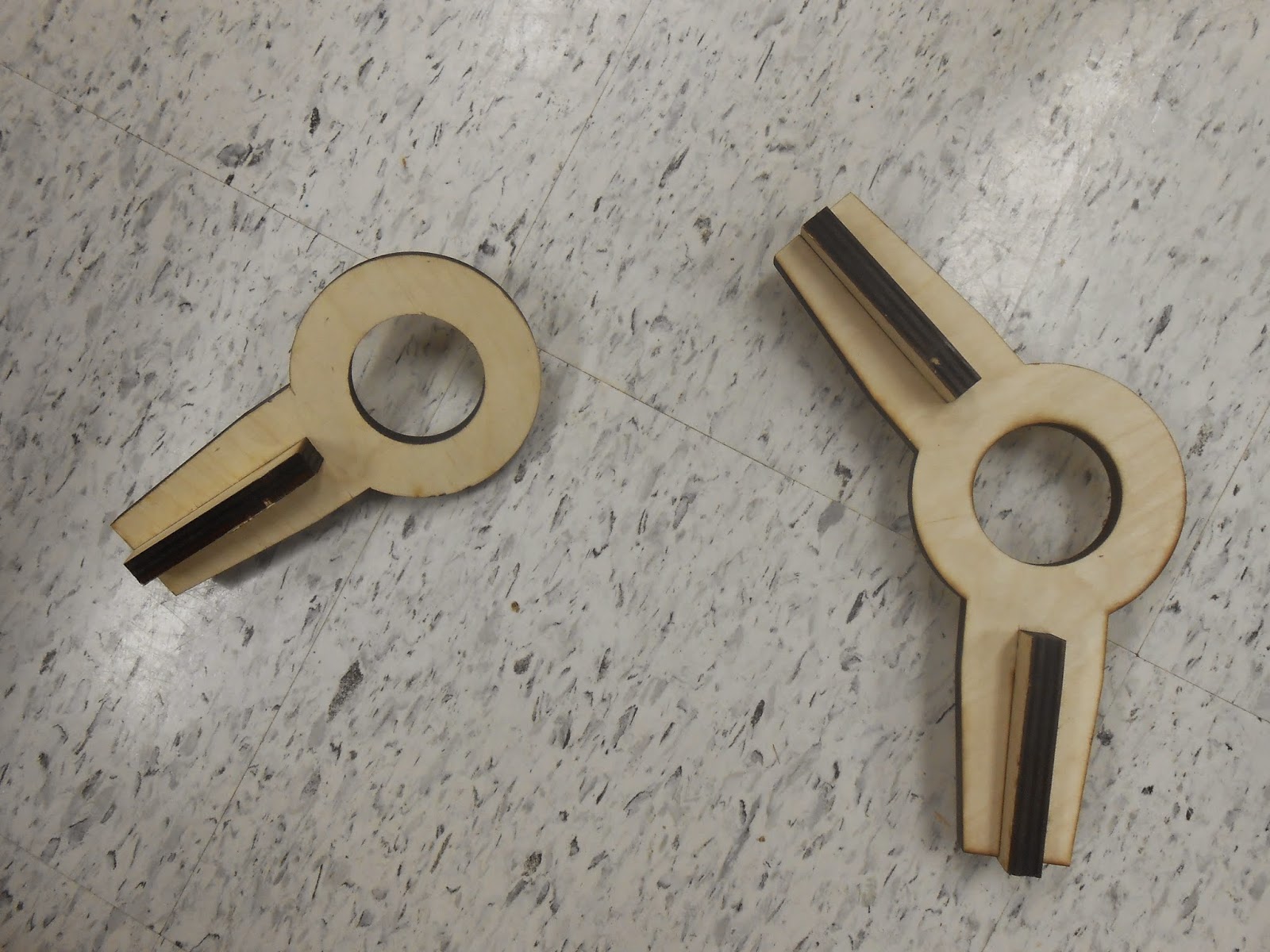 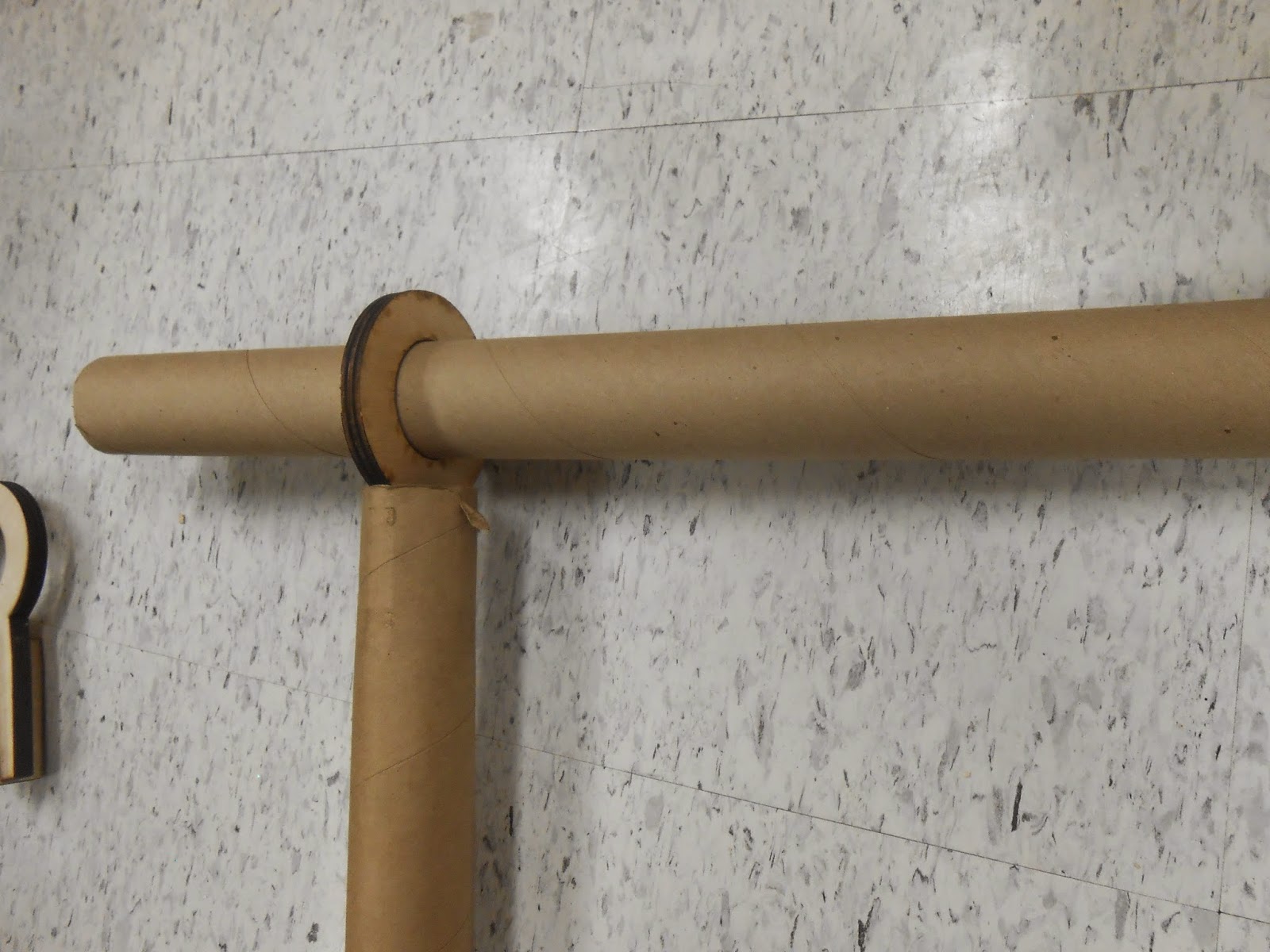 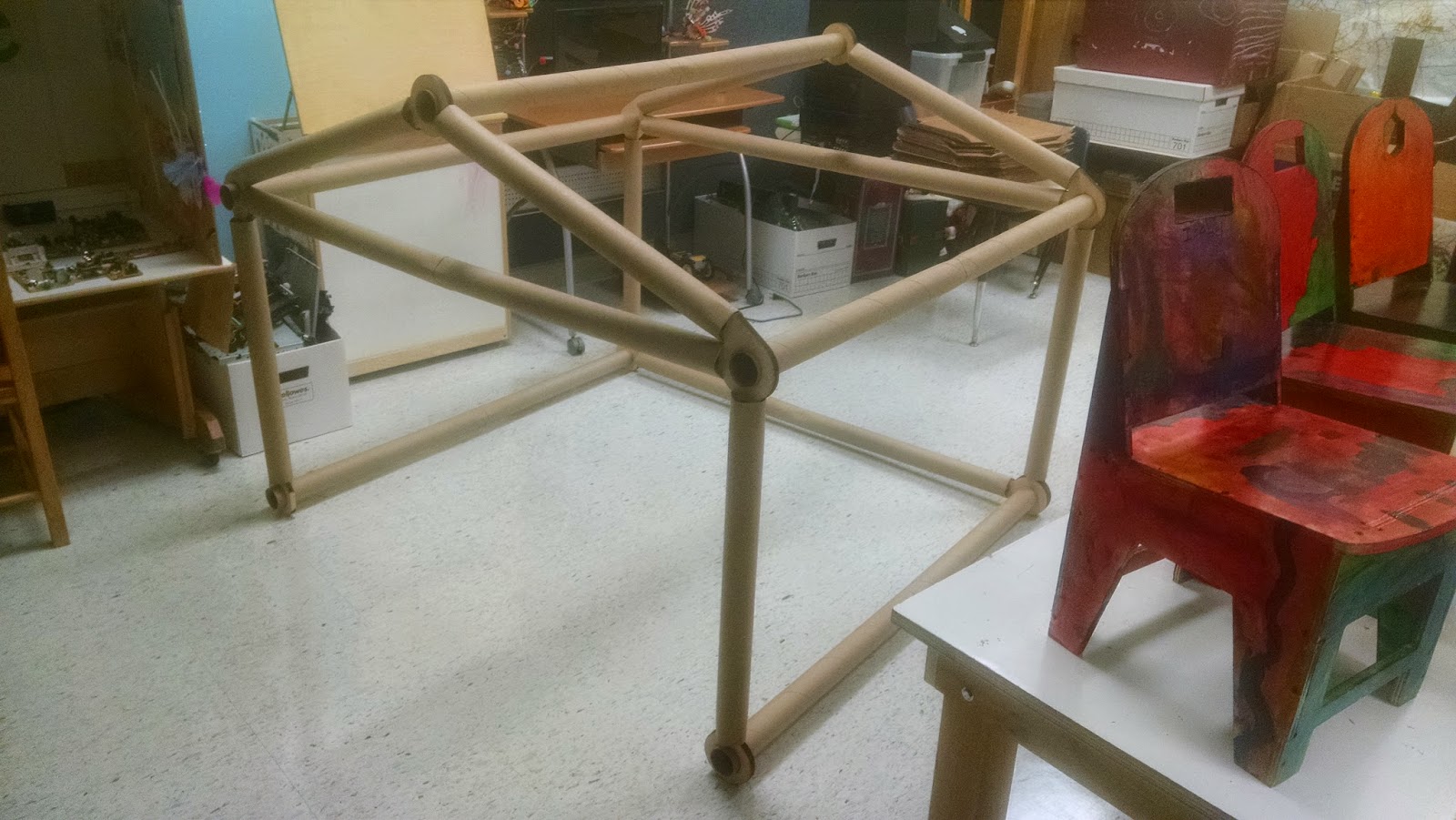 After we had enough we challenged the children to create a frame for the community buildings that used these connectors. 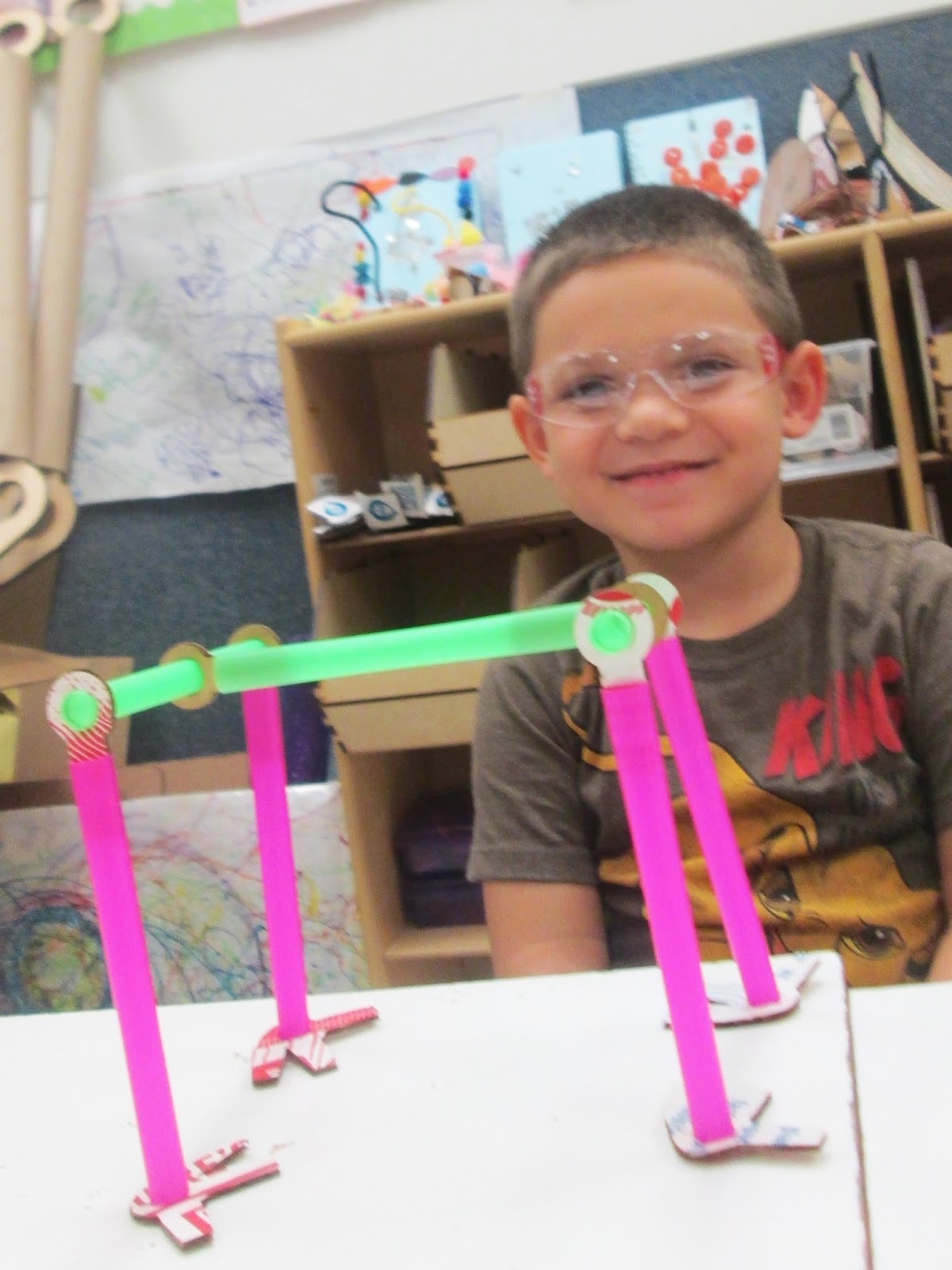 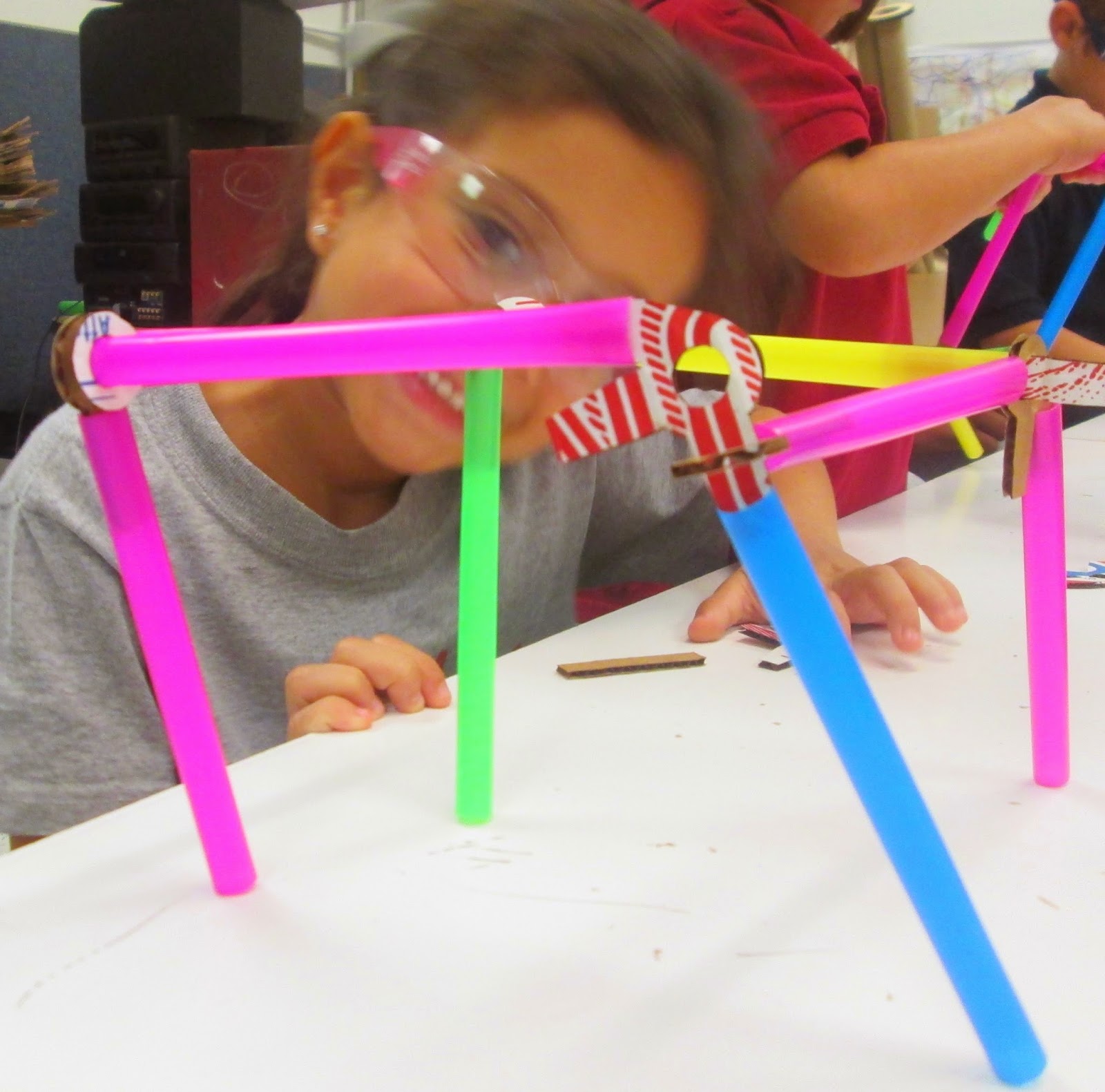 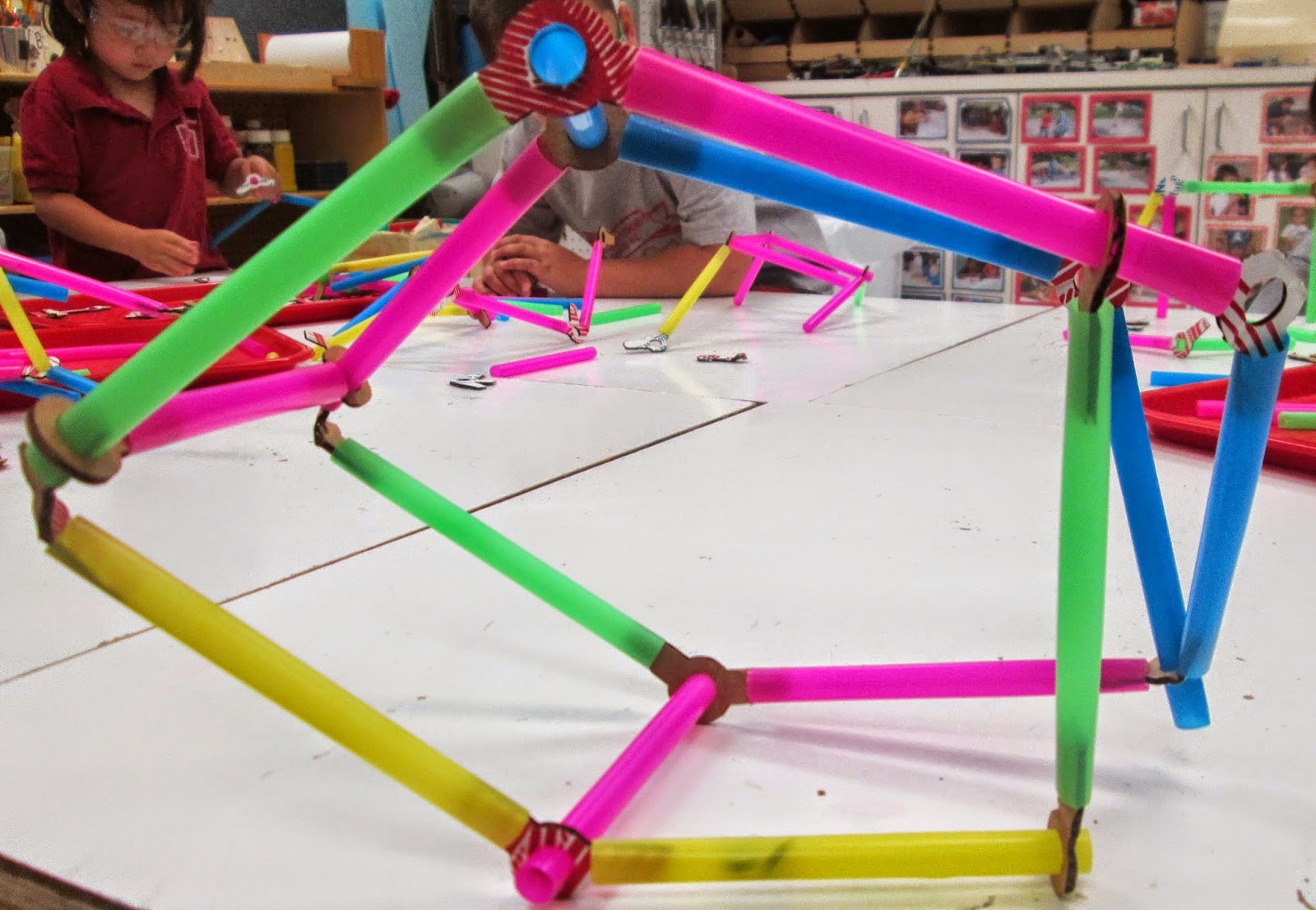 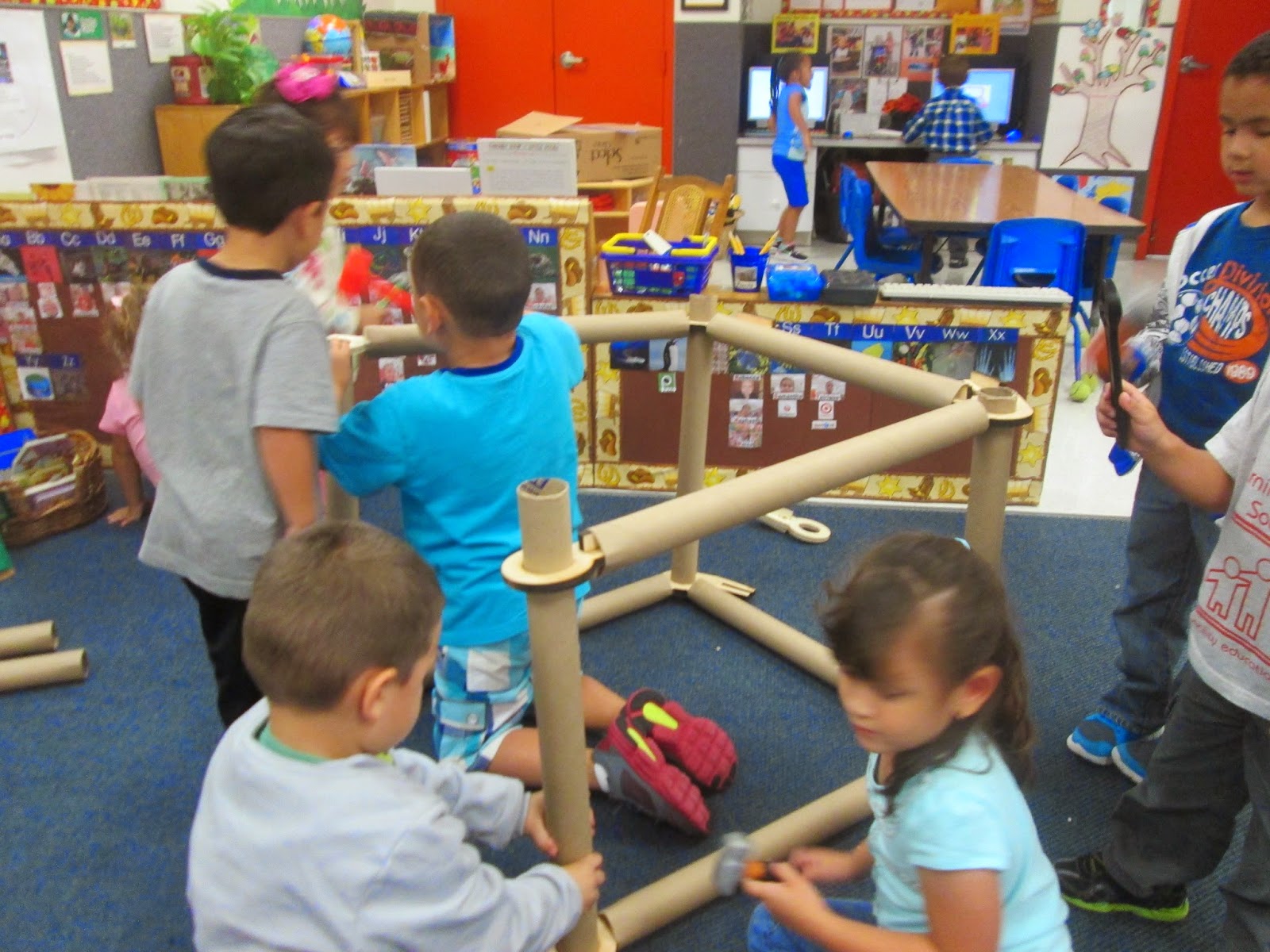 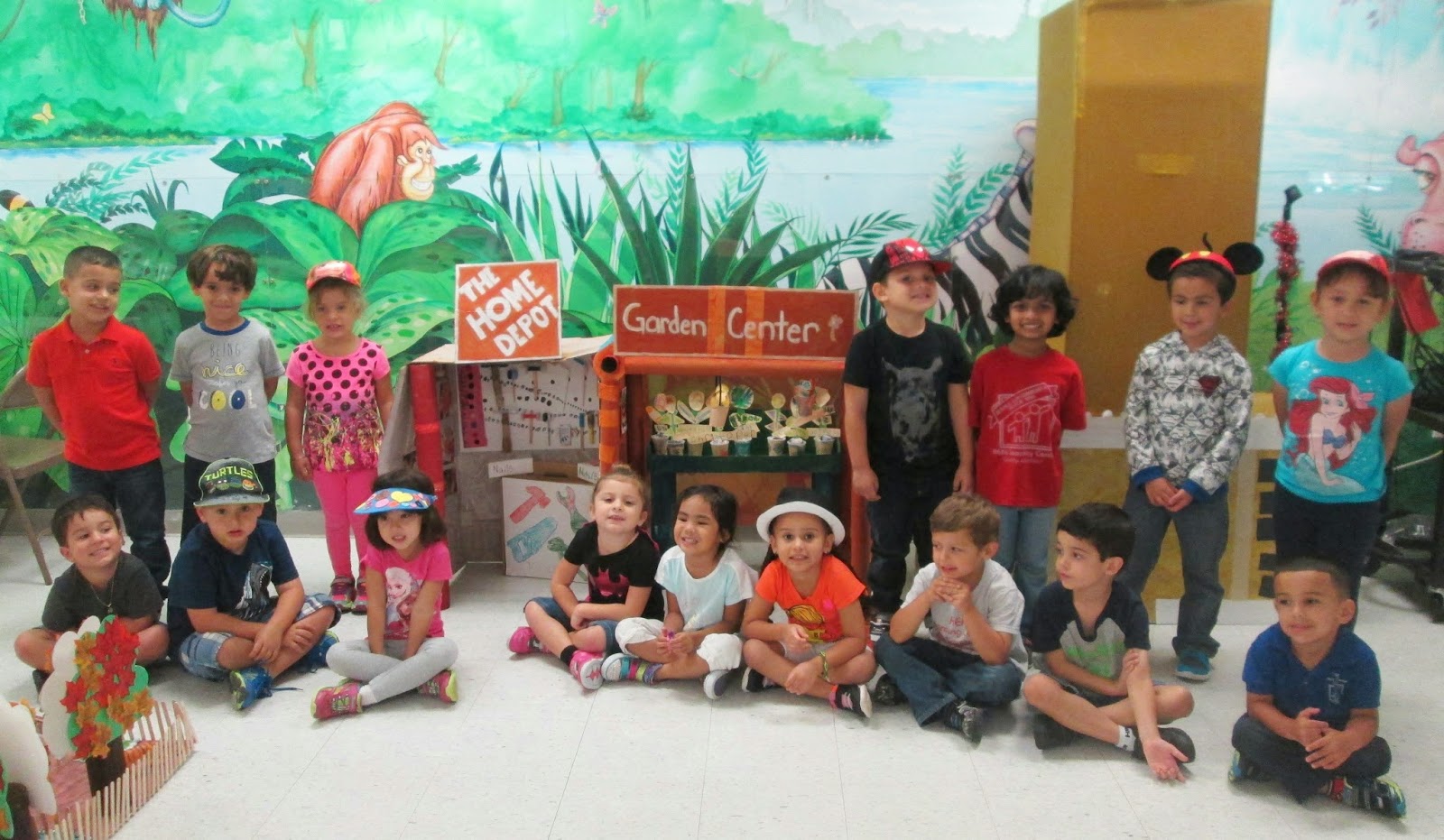 We continued using these components to explore frames and structures along with the children. They used masking tape to hold the joints together and to keep the base of the straws from moving, allowing their structures to become taller and taller. 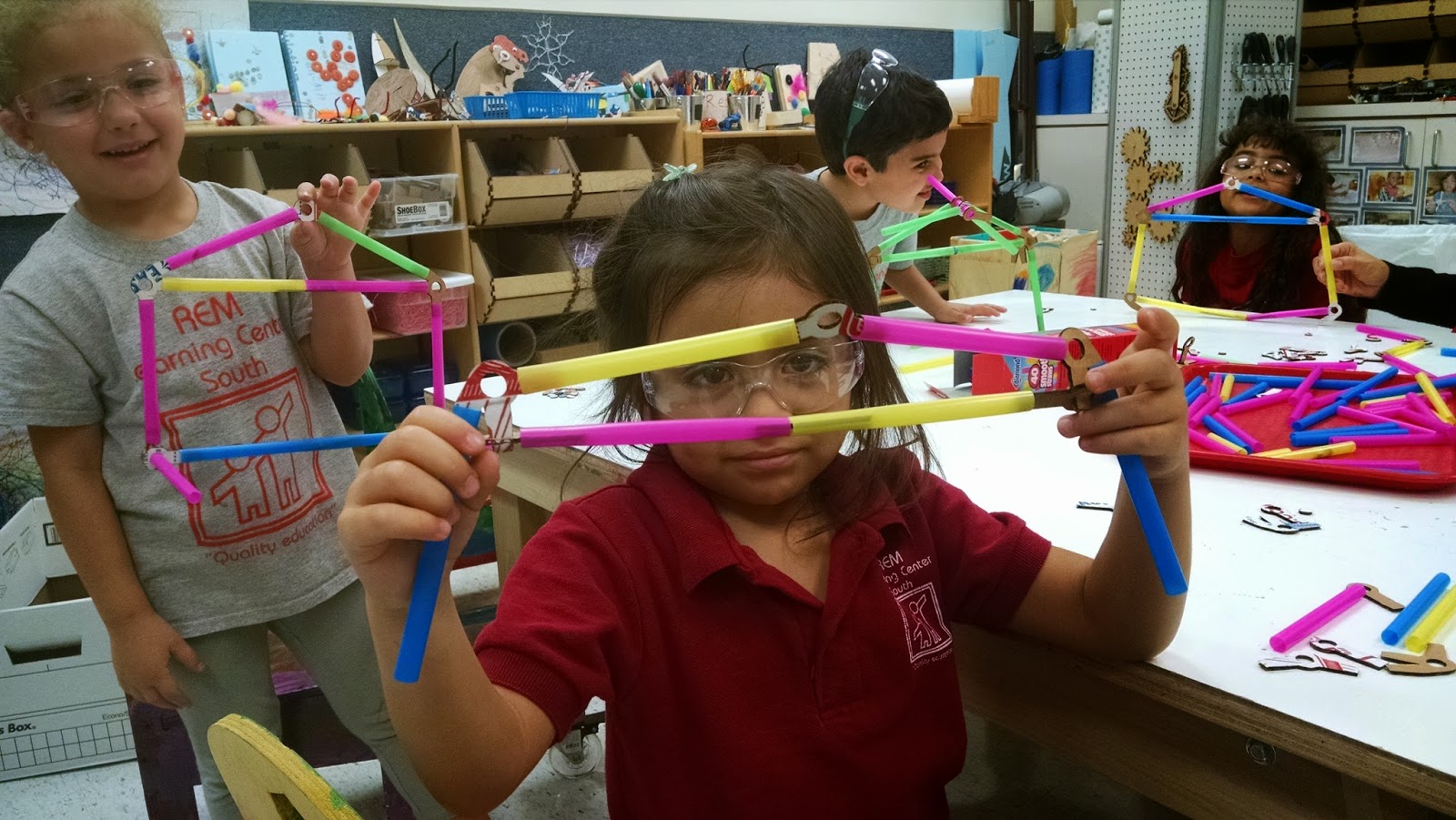 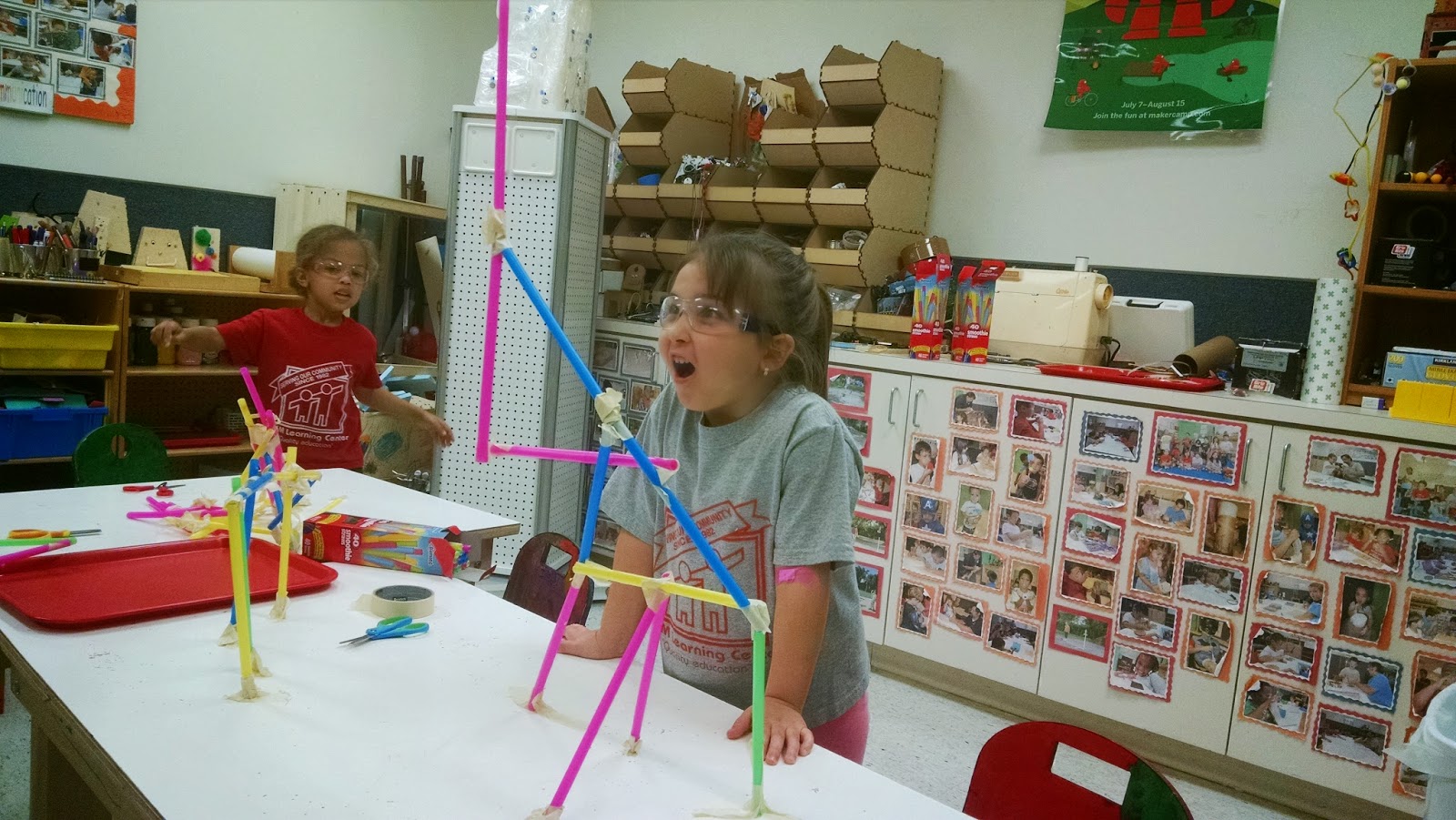 Inevitably, for obvious reasons, they identify that triangular shapes allow them to make taller and taller structures. Due to the weight and instability of these straw structures, we were not able to reproduce them with the tubes. So to create a system that would allow the children to create straw structures that could be translated to tubes and be stable, we turned to truss designs. One of the simplest frame designs is made of interlocking octahedral and tetrahedral unit elements, and is called an octet truss. We decided to make a node that allowed the children to design these octet structures. We started with laser cut cardboard pizza boxes. 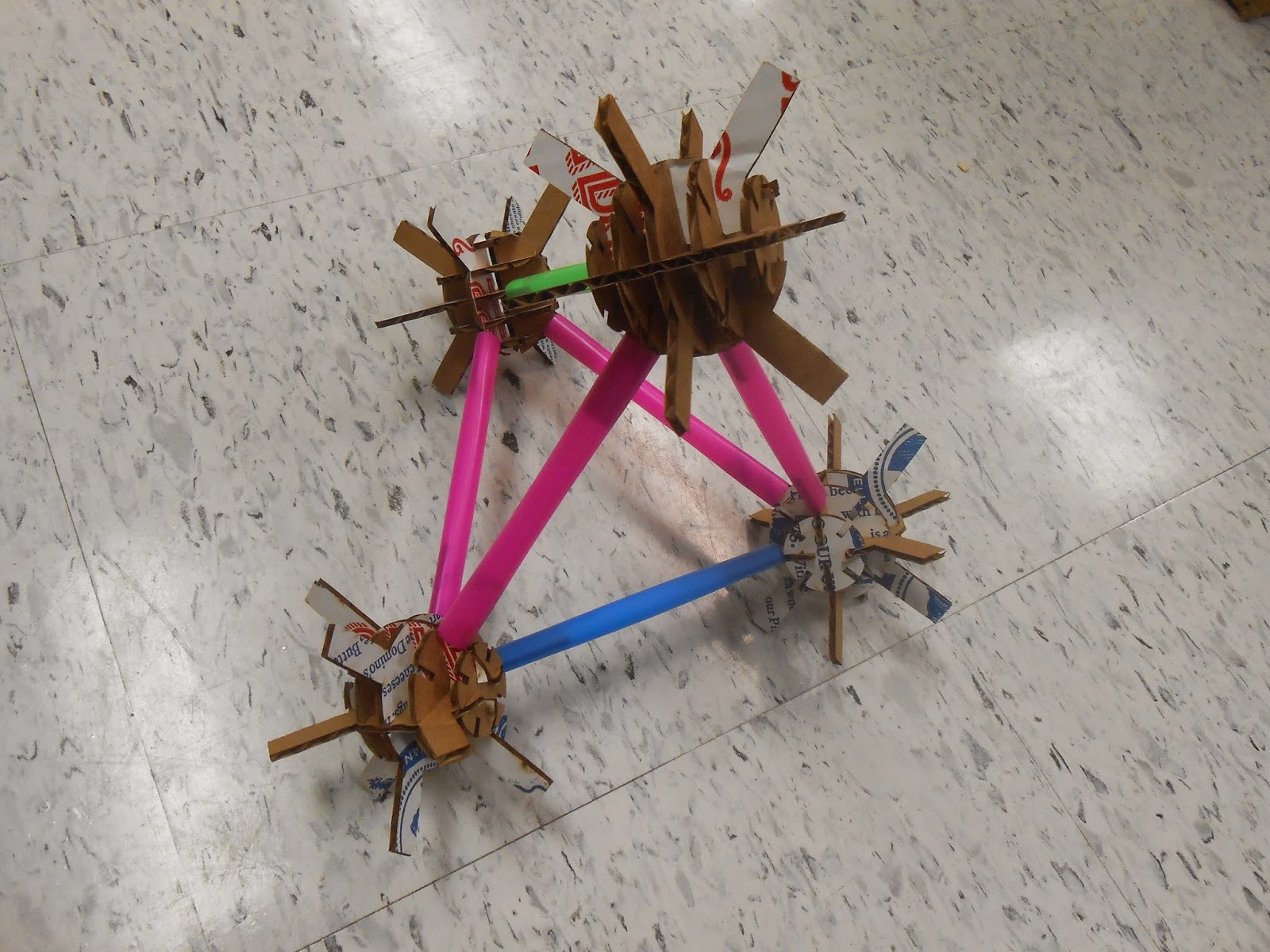 We then scaled them up and used our ShopBot to cut them out of interlocking plywood pieces. 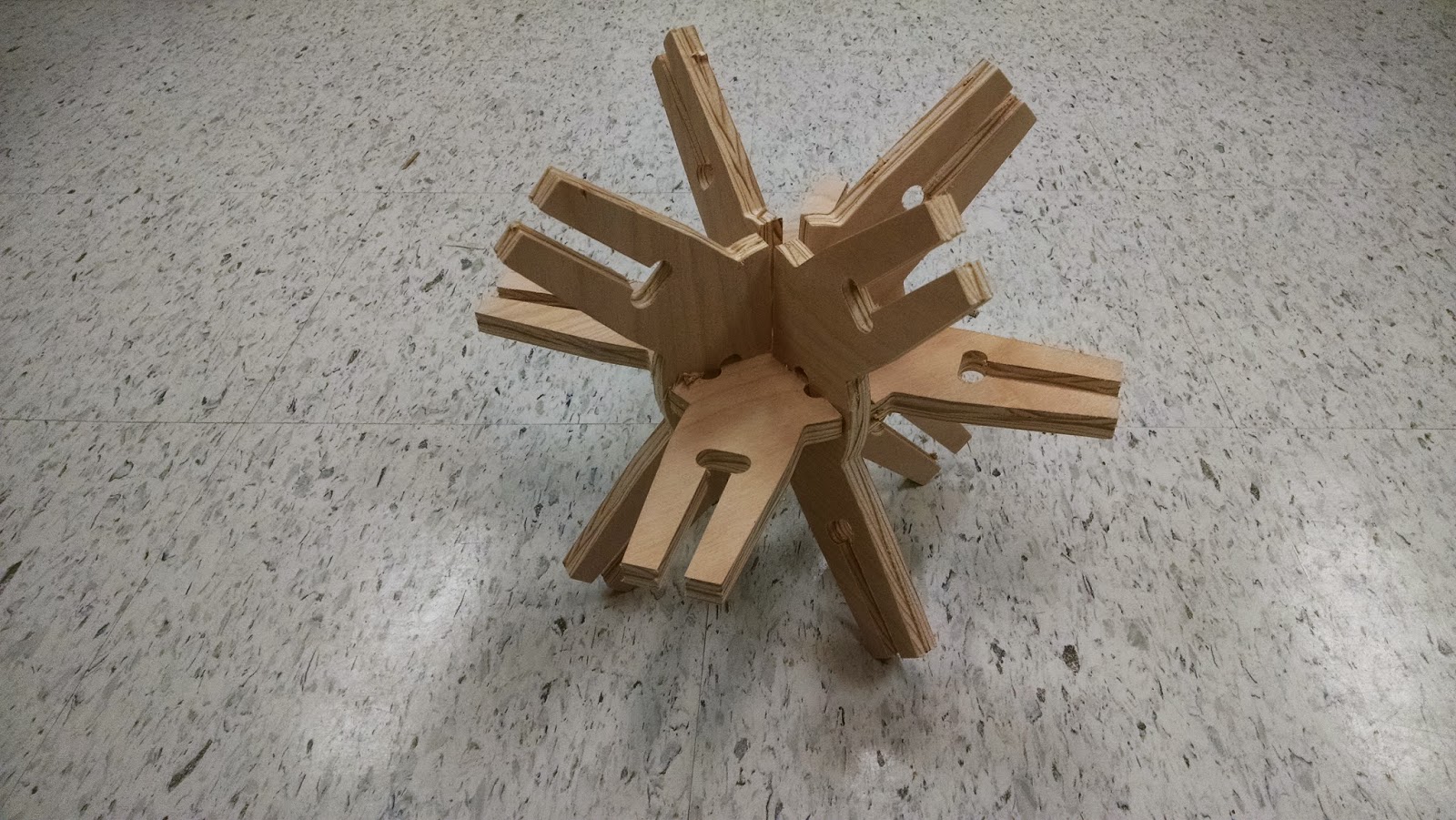 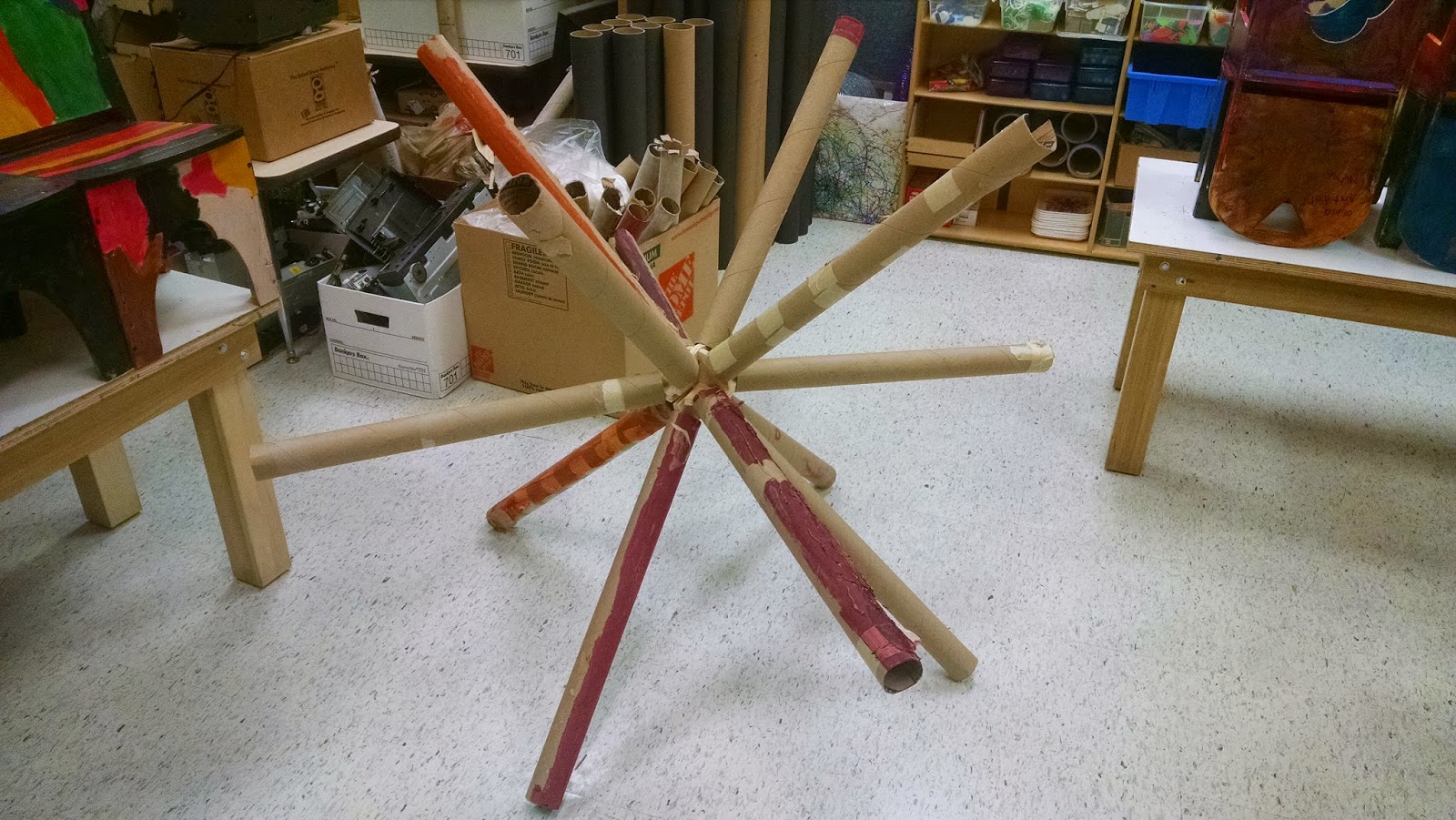 Here is an example of a structure prototyped with straws and then constructed using the plywood nodes and cardboard tubes. 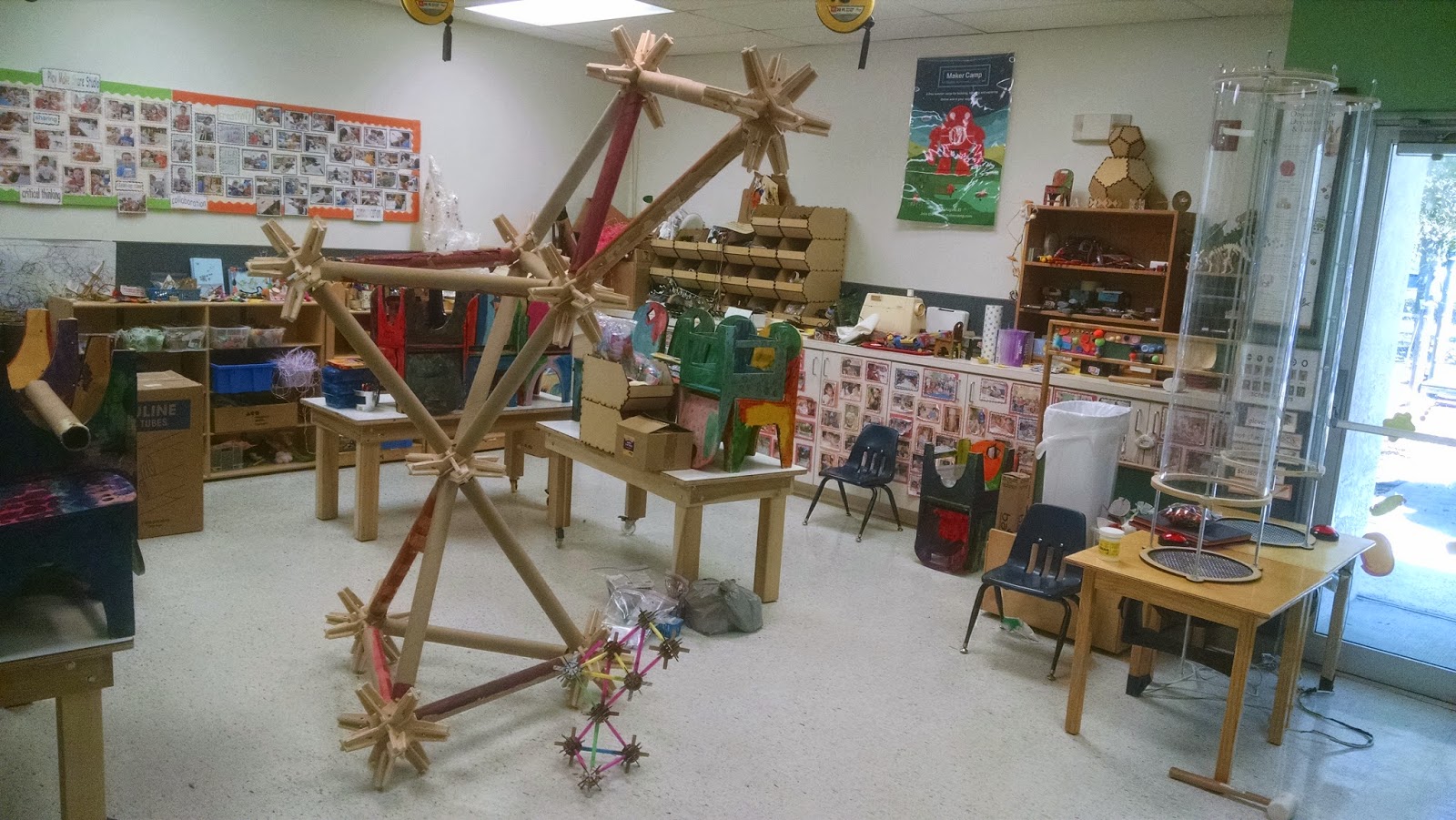 Now that we have these designs down, we are exploring possibilities. The inner diameter of these cardboard tubes is the same as schedule 40 PVC of the same diameter. Cutting the larger nodes out of plastic and using the PVC lets the children build these structures for both indoor and outdoor use.