When the children came in to the studio they could not wait to continue using the screw drivers and were excited to find new components that were not completely removed the day before. 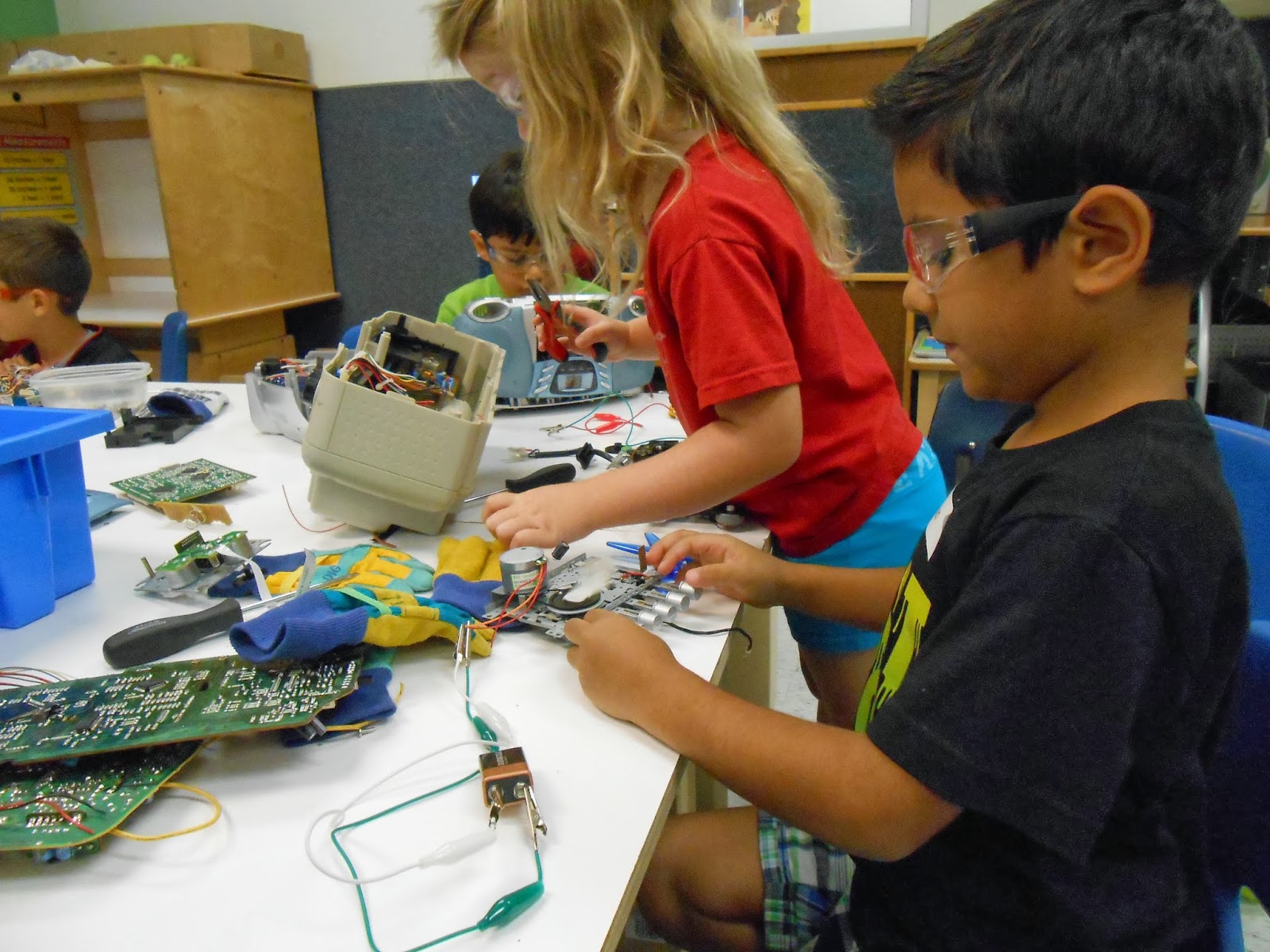 We also introduced some images of creations that artists had made using scrap parts similar to the ones that they had been removing. Specifically we introduced 2 artists Andrea Petrachi and Jeremy Mayer and asked the student to begin to try and design their own works using the components they were taking apart.
We introduced them to the hot glue gun so that they could attach loose components to one another fairly quickly. Some had seen their parents use it before and were eager to try it themselves. We described which parts were dangerous and modeled it's proper use for the children. Almost immediately they began to come up with ideas and spring into action. 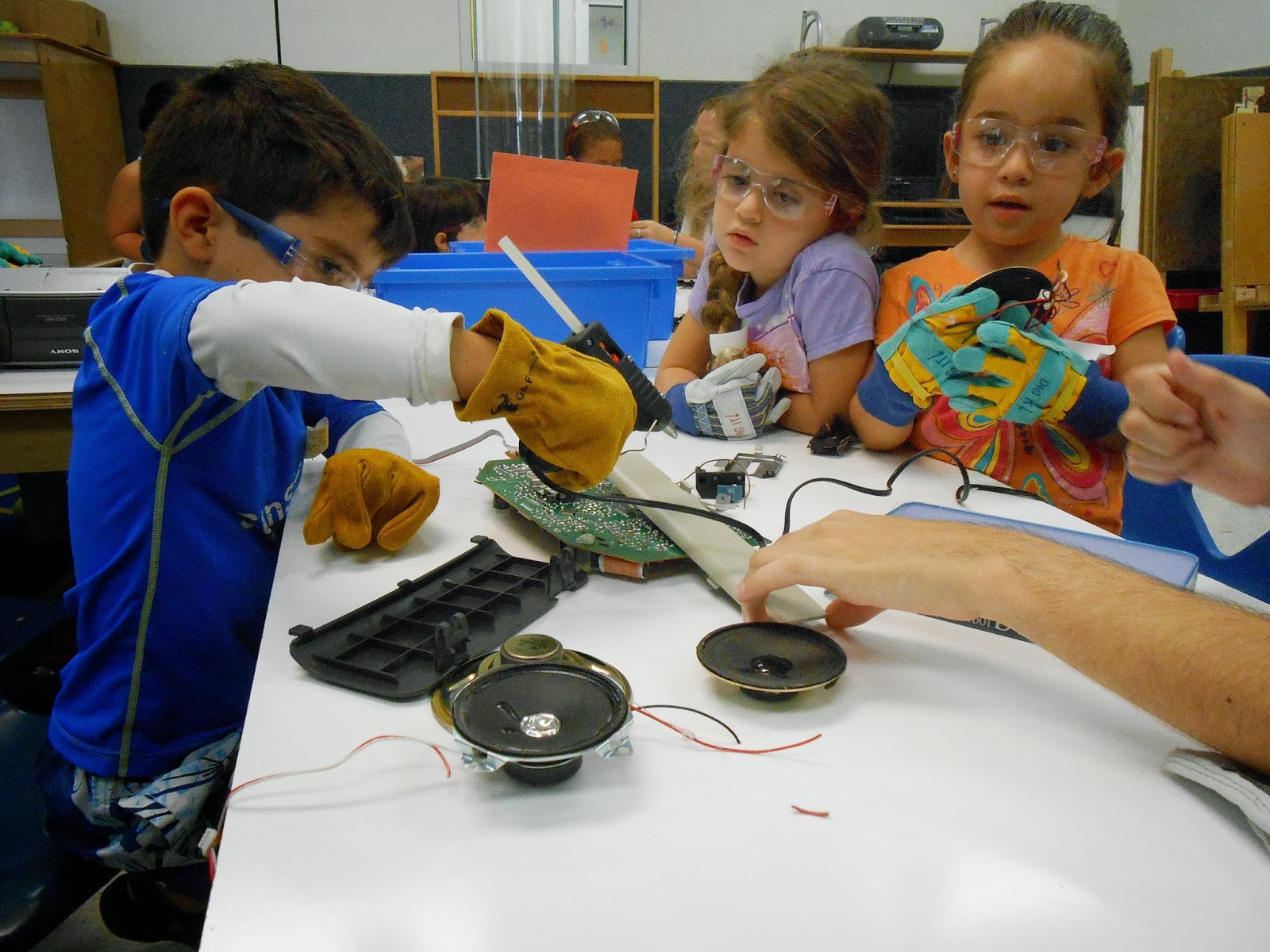 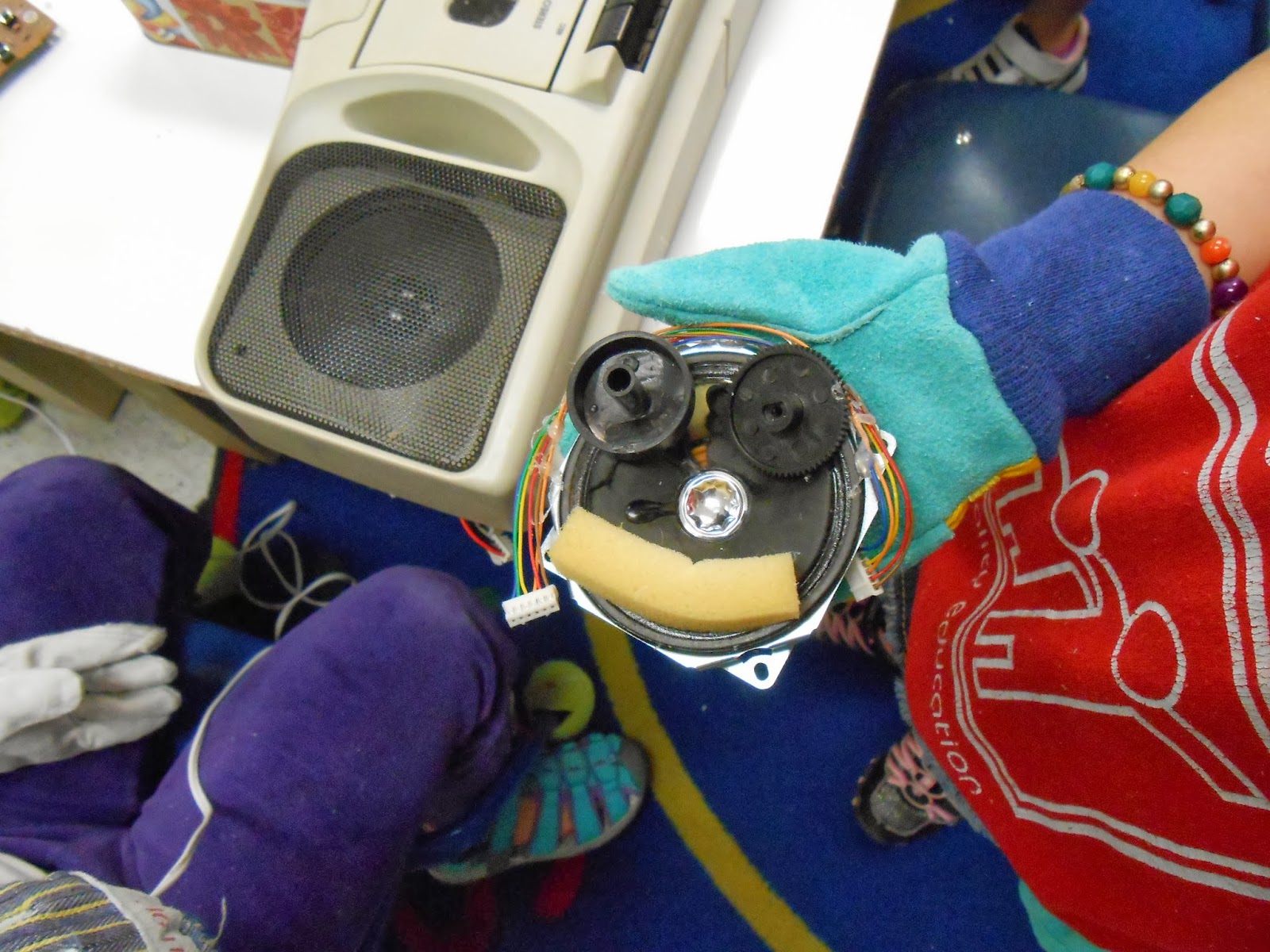 After the children had a chance to create we then had them clean up and collect their creations for a closing activity. We explained to them that they would still have tomorrow to continue creating. We then asked them to represent their creation with an drawing and explain what it was or what it meant to them. Some created flying cars, while others had created robots, spiders, faces, and dogs. 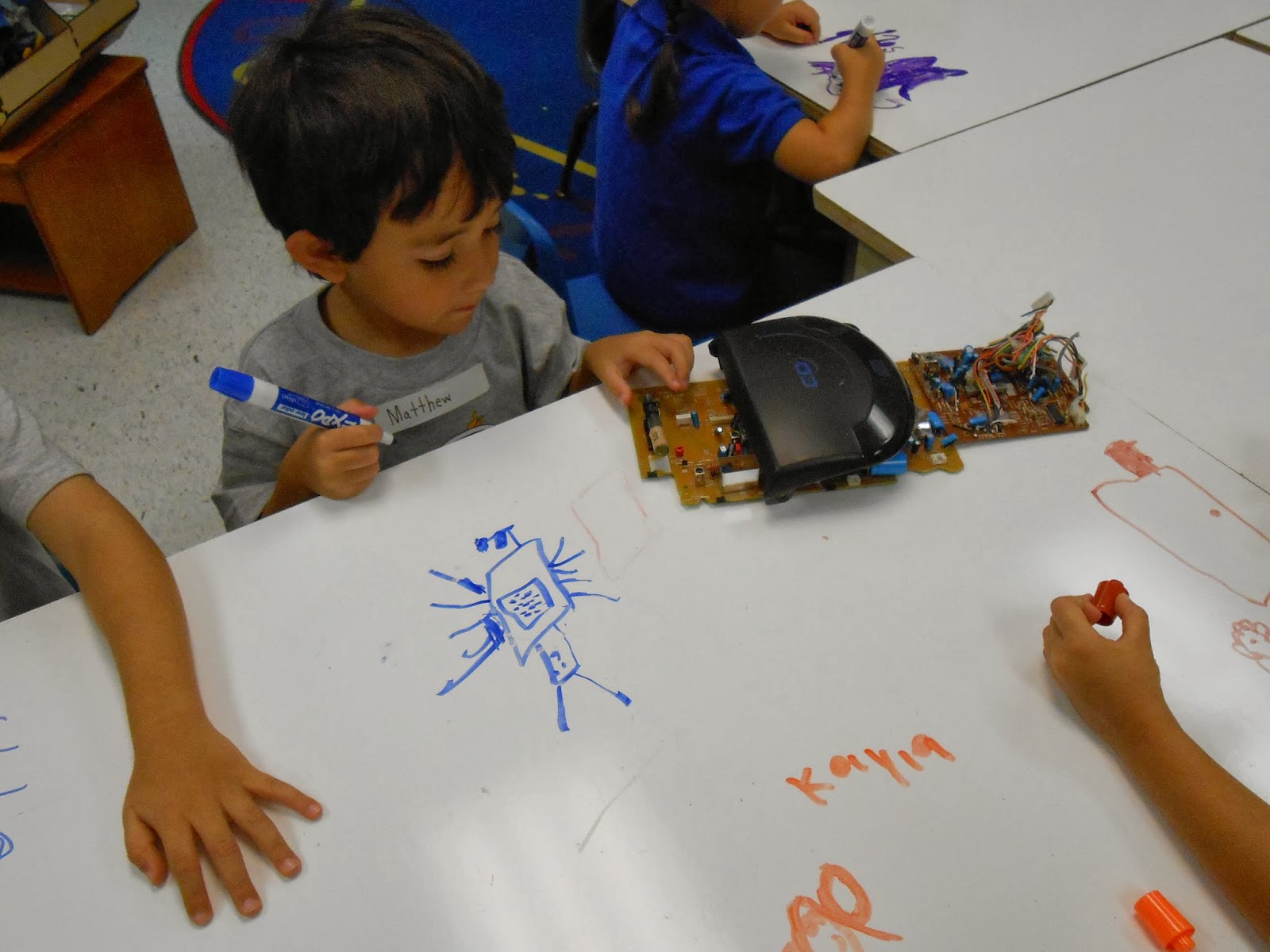 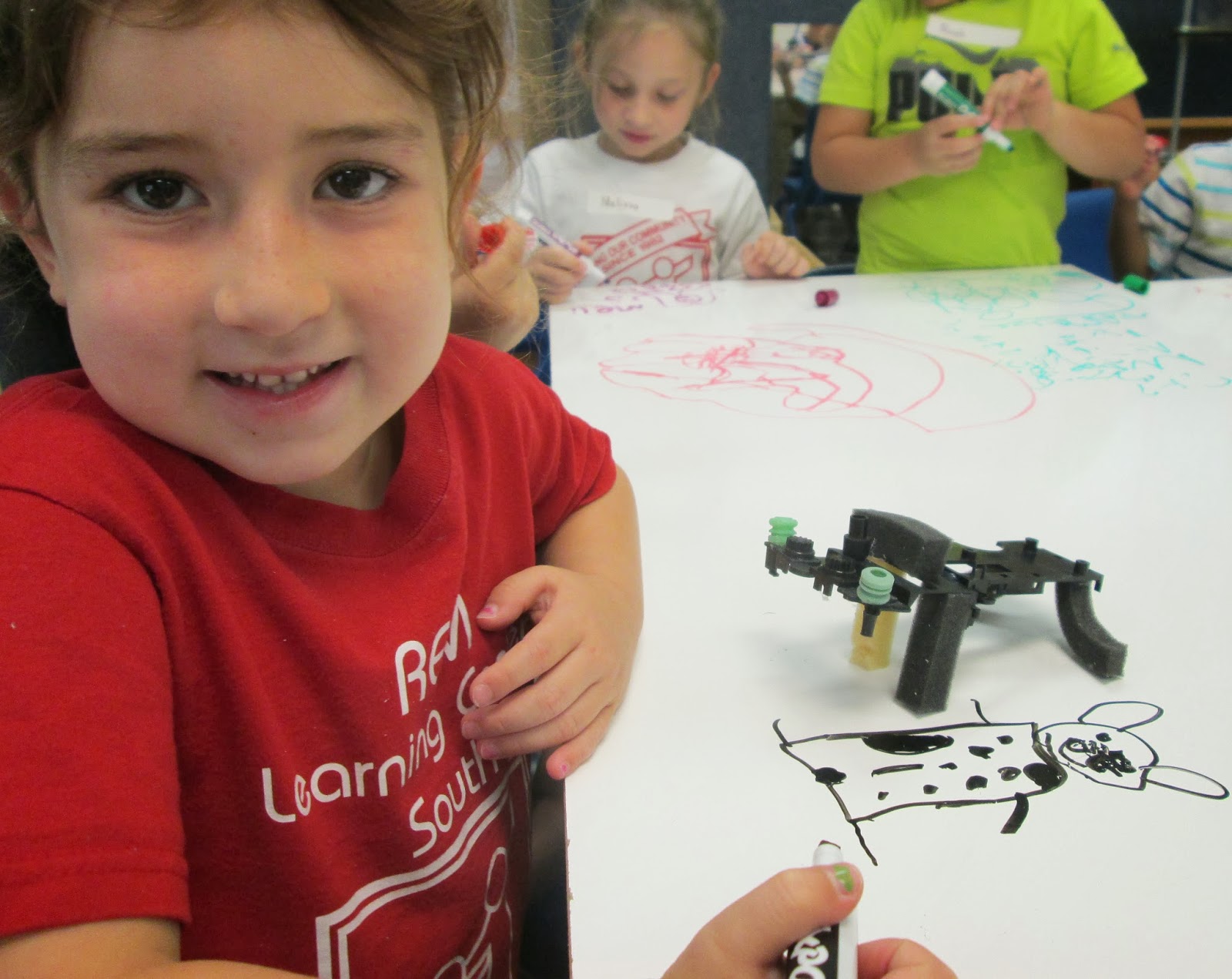