We began our school year program with an activity that would allow for the creative, hands on use of technology we were looking for but also provide a low barrier to entry for new students who were not with us during the summer. And besides the children love to play with play doh so what better than Squishy Circuits!
We made our own recipe for conductive play doh and provided the children with all the components required to make a simple circuit (Batteries and L.E.D.).
We led them through a basic activity that helped them organize the parts and layout of a basic circuit.
Showing them how to layout the components so that they form a circle.
After some basic problem solving and observations the children noticed that the L.E.D. had polarity. so if the circuit does not light up it doesn't mean it won't work "I can't do it" it is an opportunity to try and fix something by discovering what is wrong. Pretty soon the room was buzzing with excitement as L.E.D.s lit up and children who solved the problem were collaborating with those who were still working on theirs.
We had some pretty neat creations. 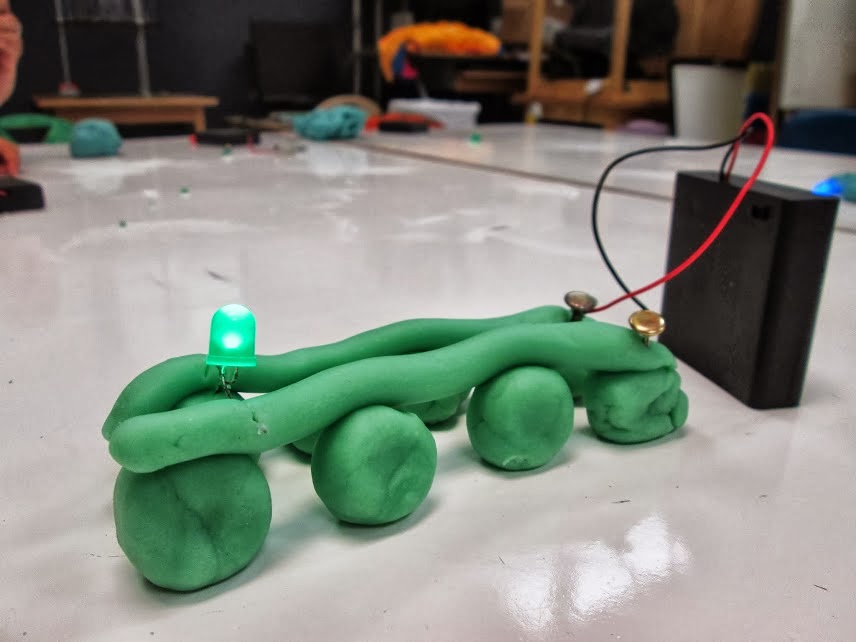 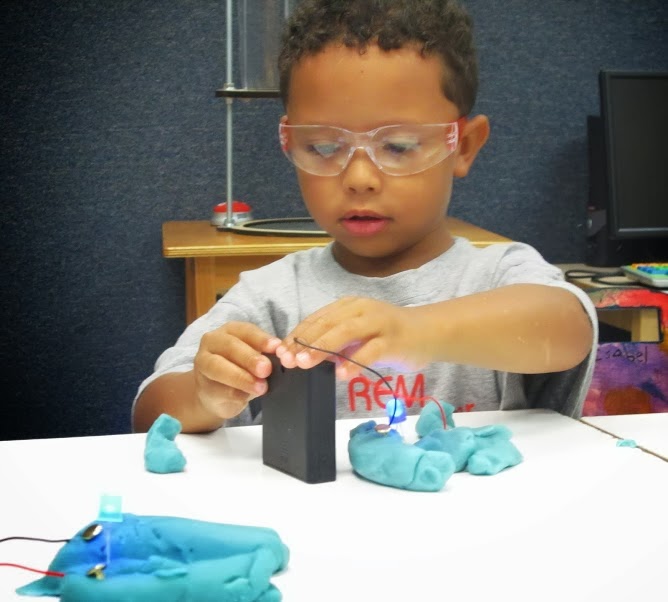 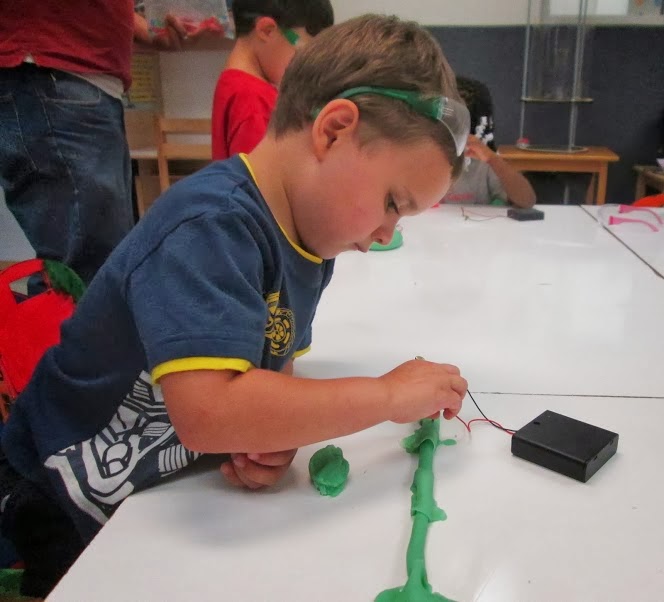 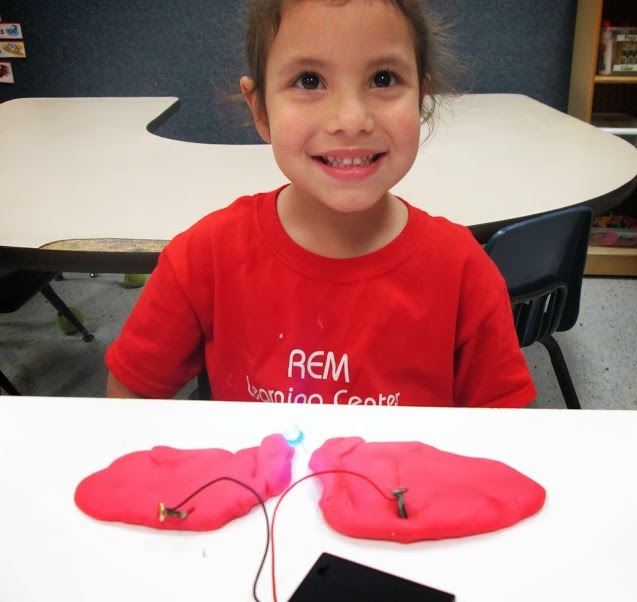 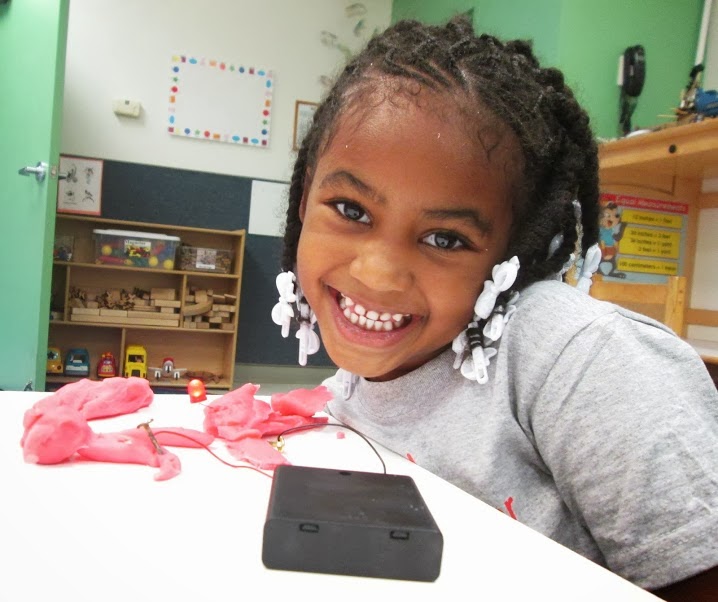