We asked the children to draw a rocket. From their drawings we pointed out similarities between their drawings and discussed why most rockets have these characteristics. 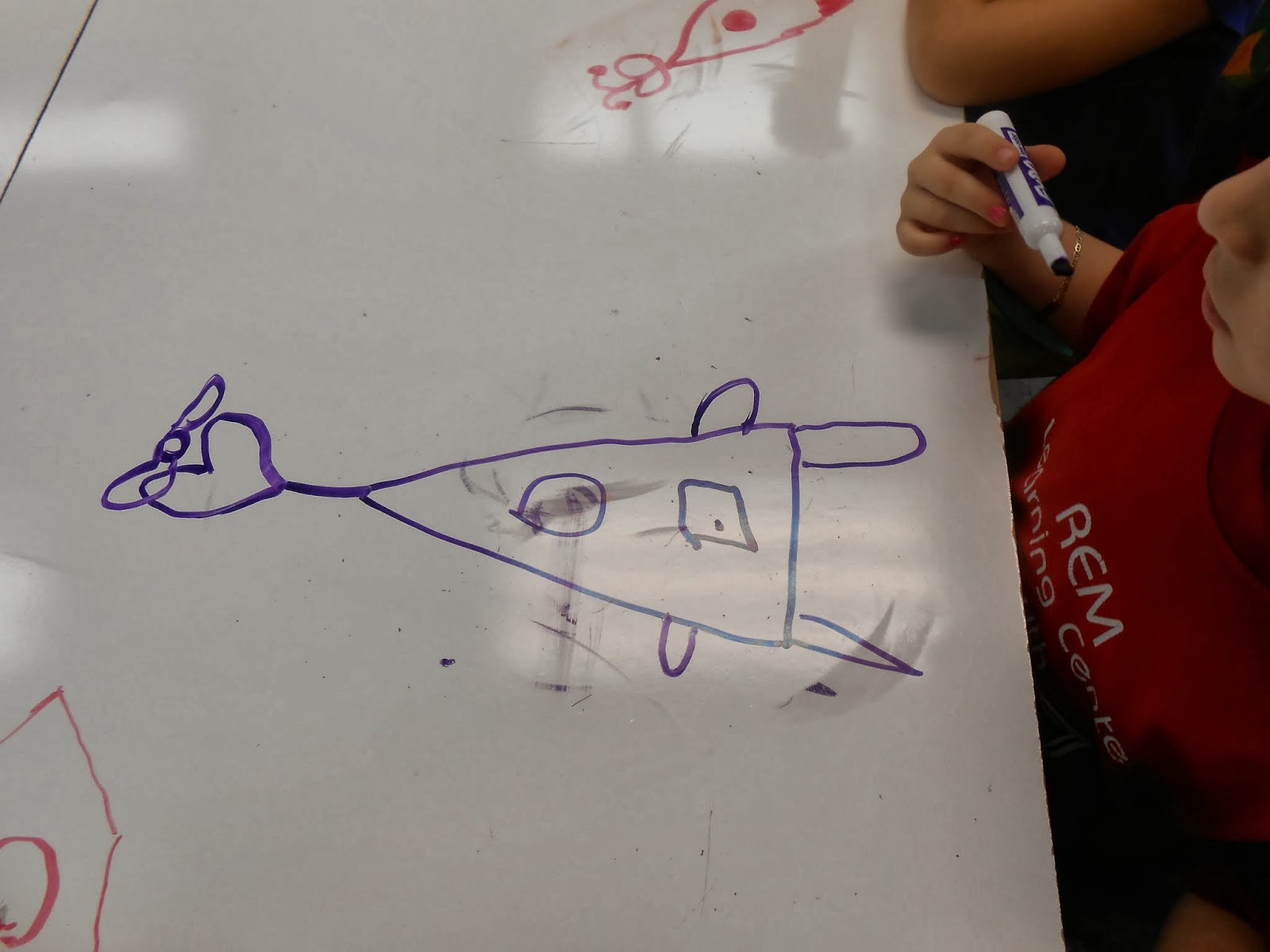 We then asked them to decorate and assemble a three dimensional rocket puzzle that we had cut out on our laser cutter. The rocket has a hole in the center which was designed to fit a film canister for a similar activity we have done before. However this time we decided to try using the rocket at the end of a stomp rocket launcher. This is basically a 2 litter bottle attached to one end of  a PVC tube. The other end is open and facing toward the sky. We put the rocket at the end, and had the children jump on the bottle to launch their rockets. 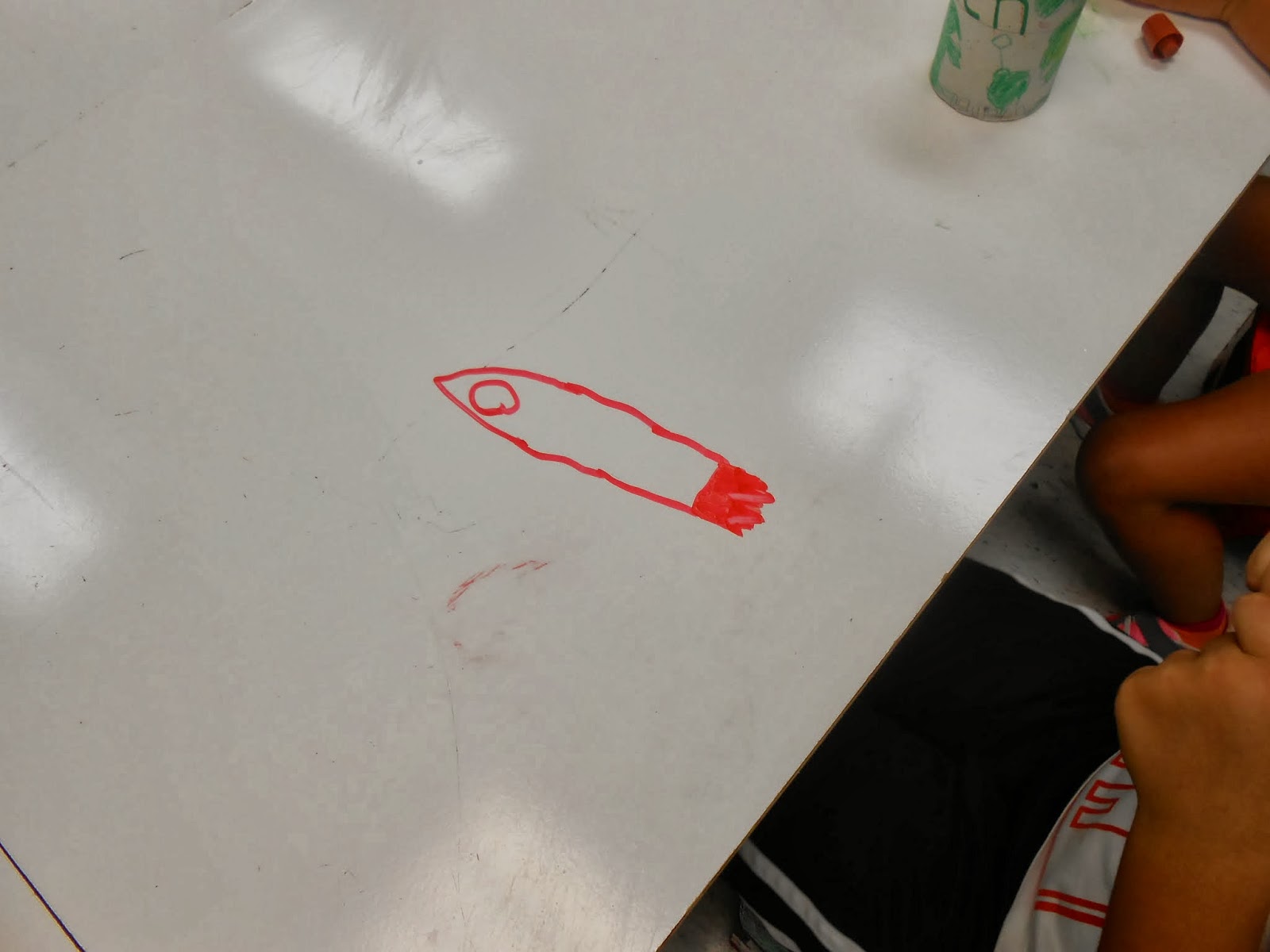 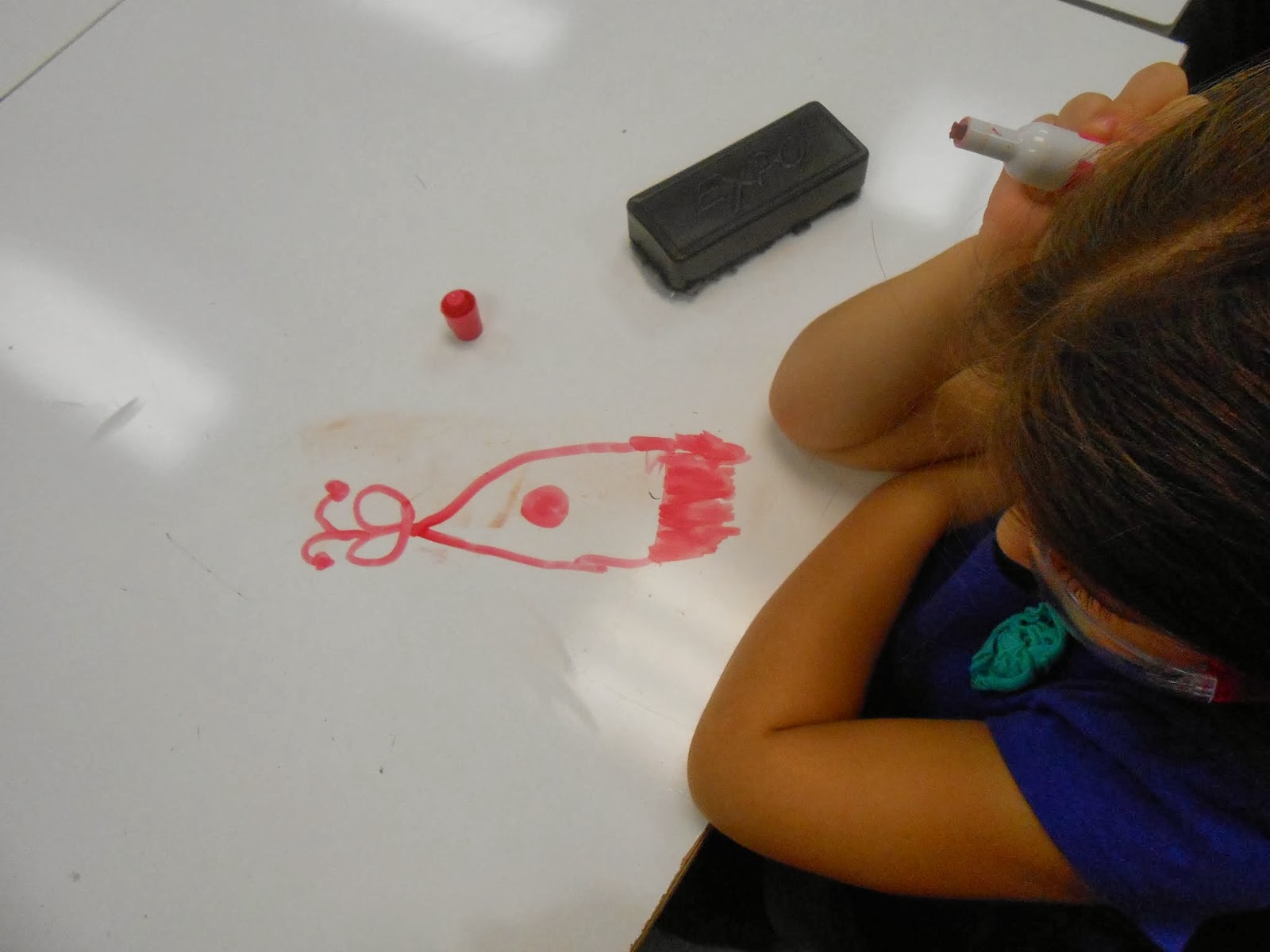 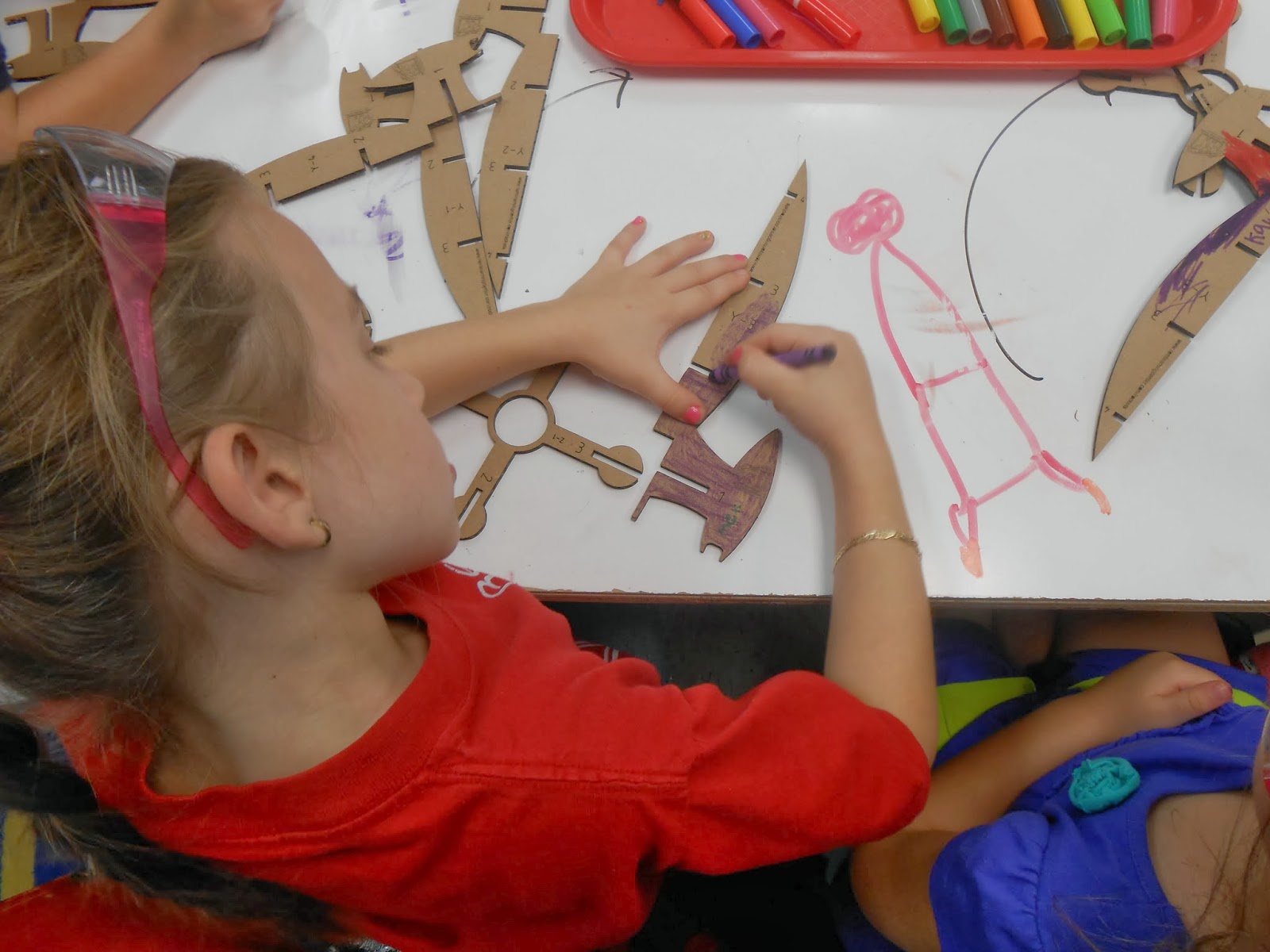 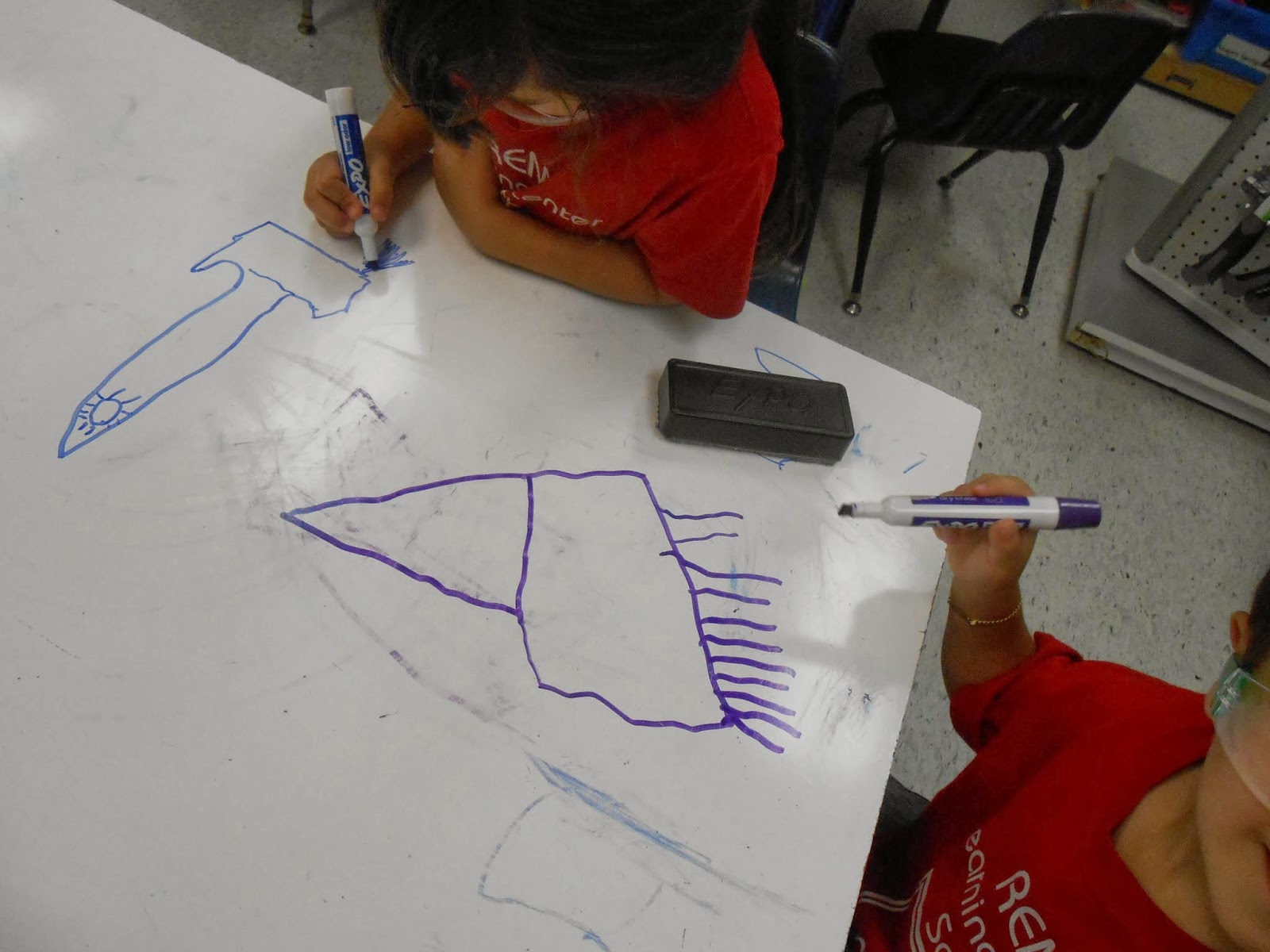 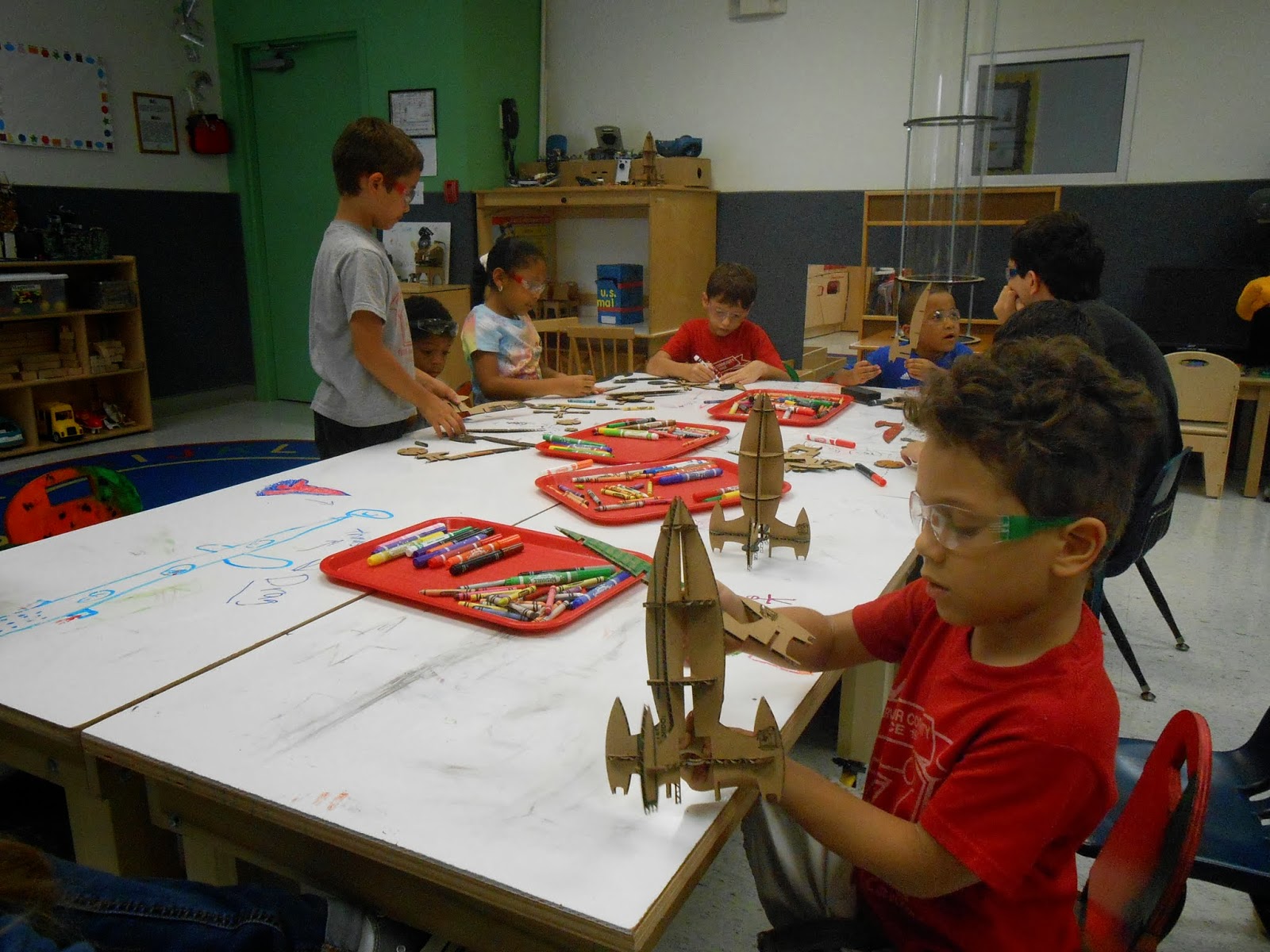 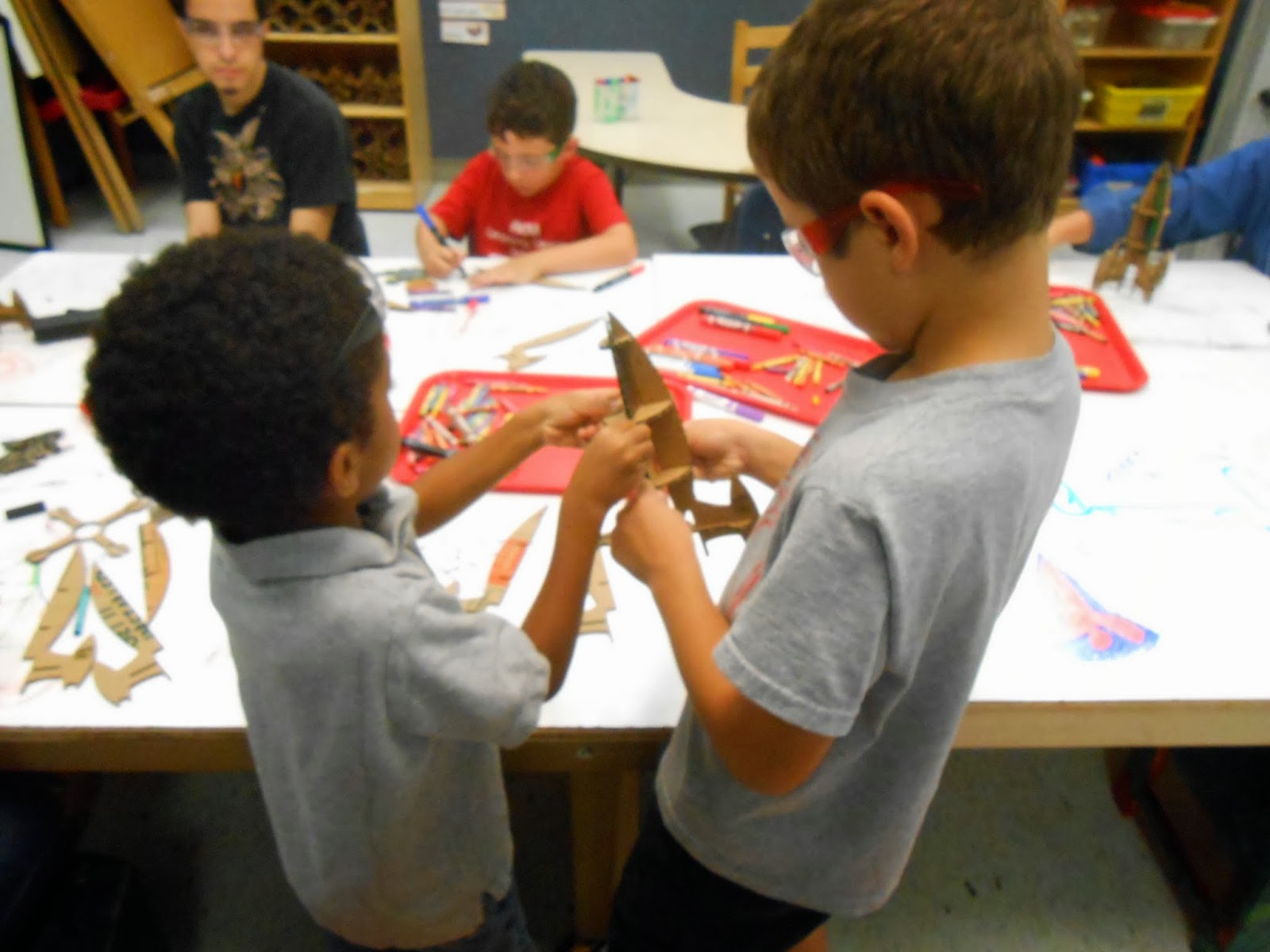 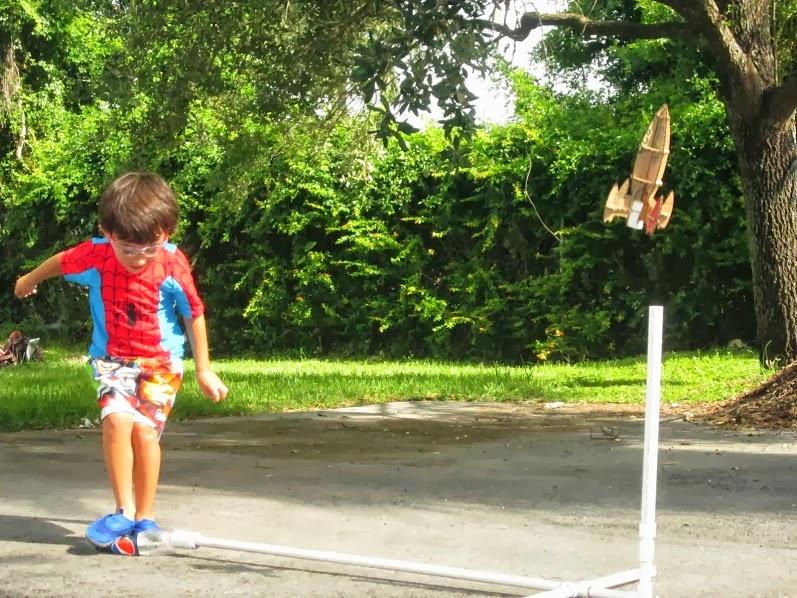 We then extended the activity by constructing a compressed air rocket launcher. The children were able to see the difference in launch height between stomping 2 liters of air and releasing about 10 compressions of a bicycle pump (~50 psi) into the back of their rockets. Once we had thoroughly explored the launching of the cardboard rockets we moved on to a discussion about weight and created paper rockets to launch on our rocket launcher. What a blast! 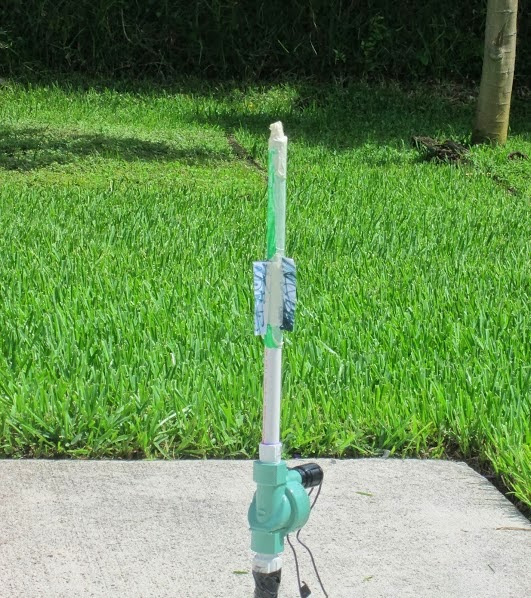