The children were presented with a vibrating toothbrush.
We asked them what they thought made the toothbrush vibrate, and invited them to take the toothbrushes apart to find out. They found the motor and battery inside the toothbrush, as well as some plastic and metallic pieces. We then provided them with electrical wire, alligator clips, and tape. They began experimenting with the vibrating motors and taping them to different objects. 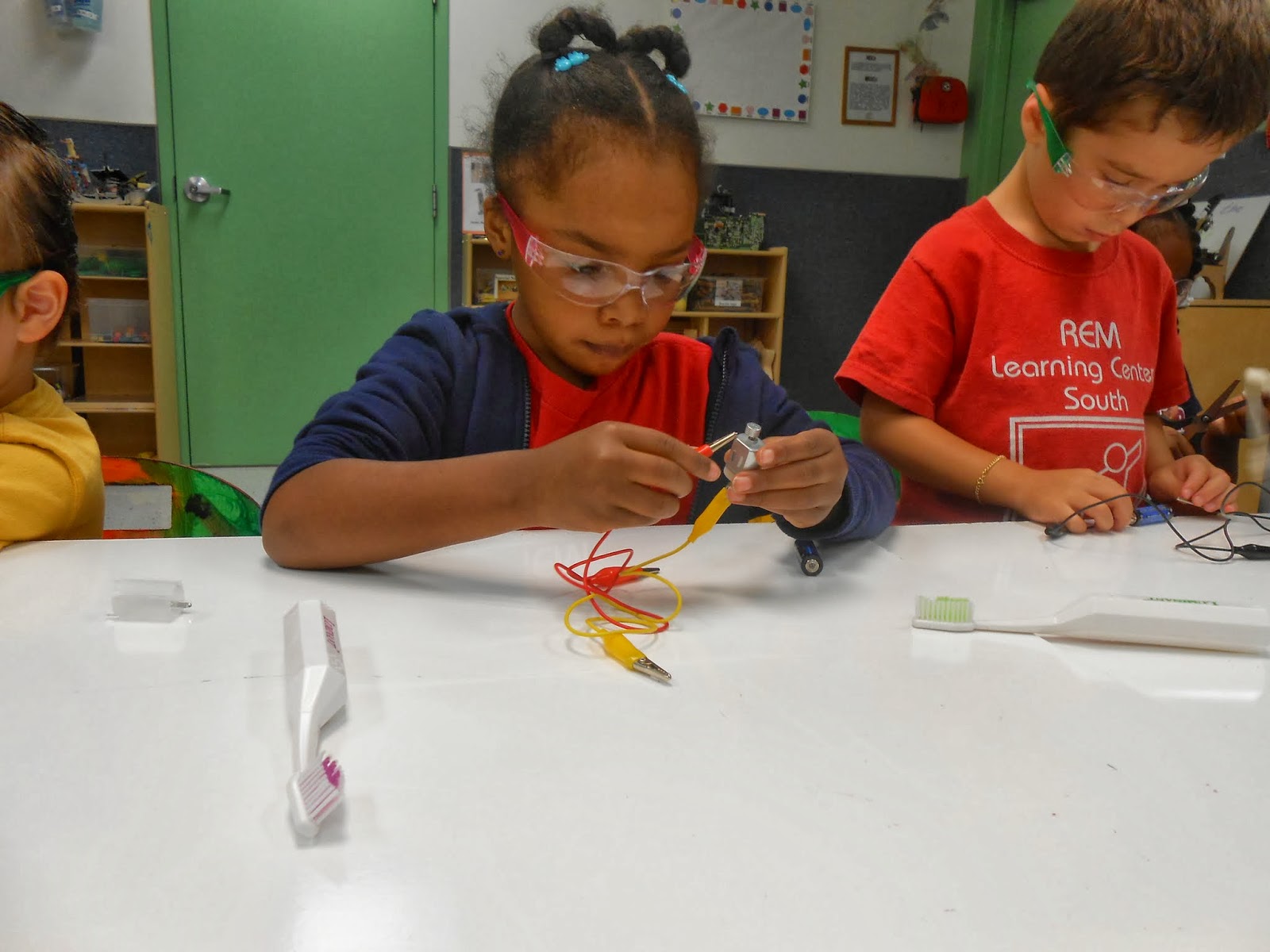 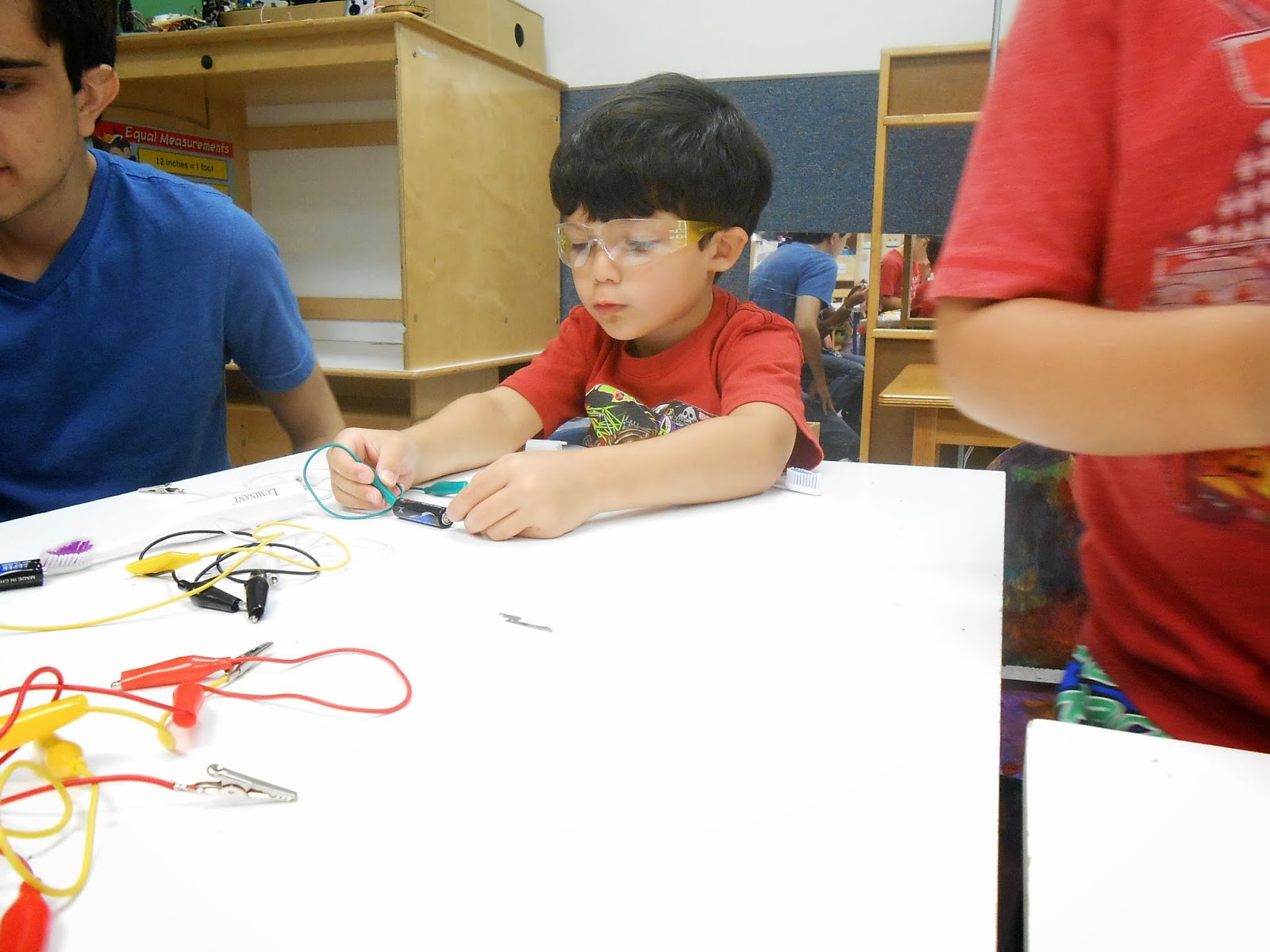 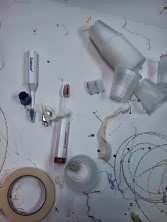 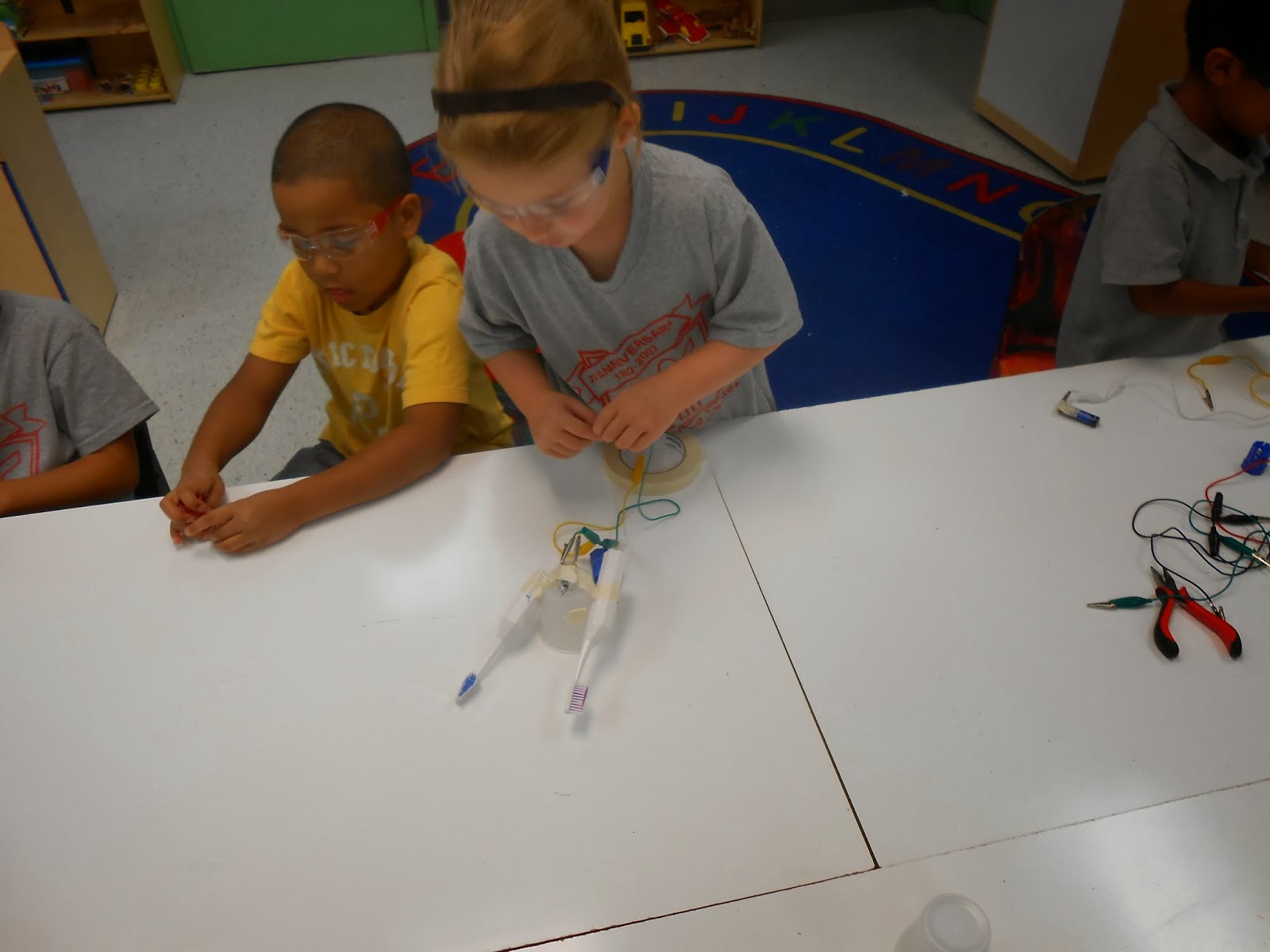 The next day the children were provided with cups and markers so that they could assemble their own draw bot with the motors and batteries they had removed from the toothbrushes. They had a great time experimenting how adjusting the position of the markers, motor, and battery would have an effect on the motion of the bot and the patterns it drew.
On the final day of the activity we added some additional arts and craft materials that they are used to working with. The children came up with some great works including a tickle machine, an airplane, and a snake. 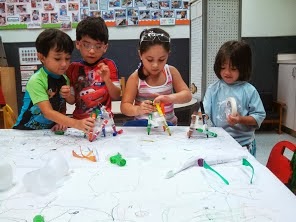