Inspired by an instructable we had seen recently, and eager to see how fun paper whirligigs would be in our wind tubes, we decided to play with the concept of propellers and rotors.

We started off with rectangular strips of paper and we had the children play with and explore how the paper's orientation, and shape effected the amount of air resistance it experienced as it fell to the ground. When held with the long end horizontal the paper would flip, fall slowly, and move randomly on it's way down. When held with the long end vertically the paper would fall quickly, not flip, and typically landed in the same place. Next we showed them paper whirligigs and showed them how this design combines both the horizontal (rotors) and vertical (stem) paper orientation. We had them cut out their own using the scissors. After playing with them in the room we brought them over to the windtubes so that they could play with their creations and make modifications when needed.
During the next session we introduced the plastic propellers, had them explore it's shape and discussed the similarities and differences of it's design to the paper whirligigs. Each of them spent time making a small rubberband powered helicopter similar to this instructable, and played with its design by changing the shape of the paper attached to it, the amount of times the rubberband was wound up, and the sequence used to launch them. We had a great time. 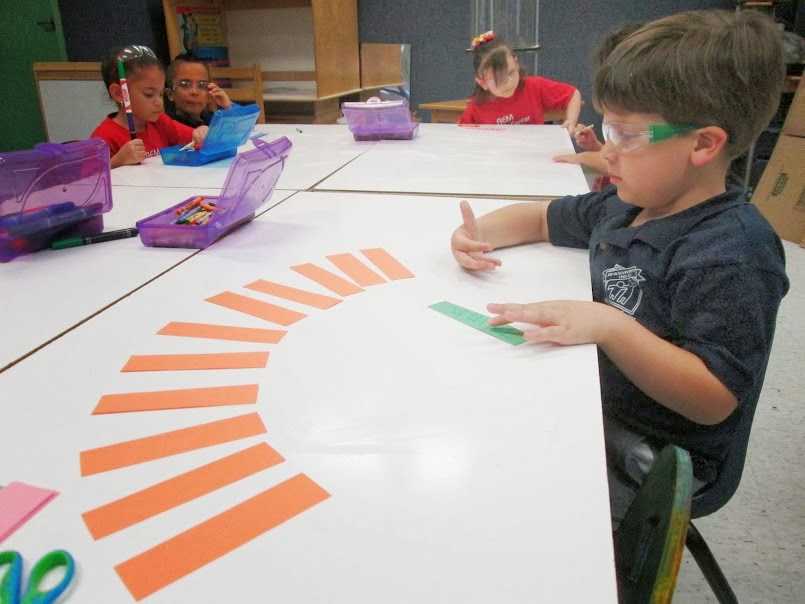 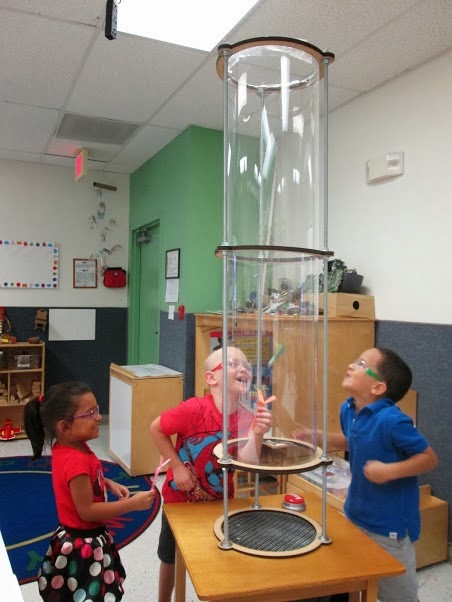 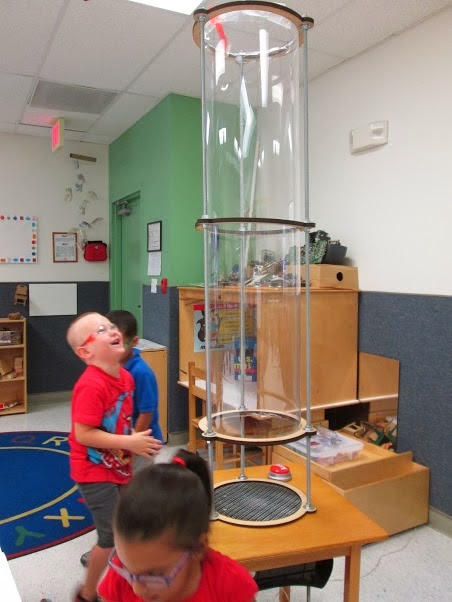 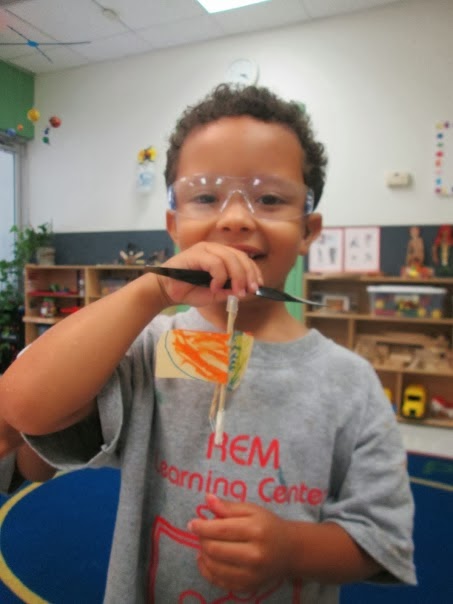 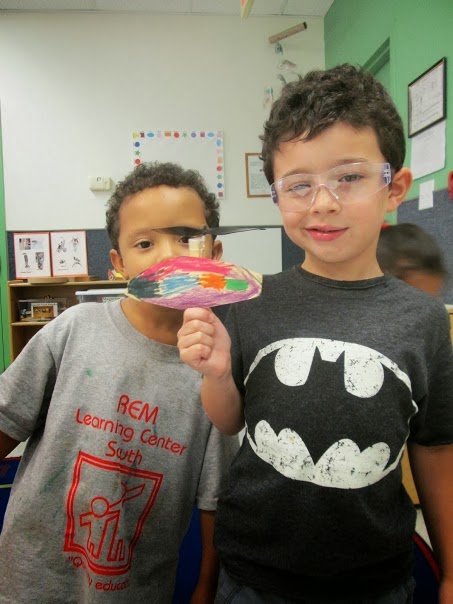