Playing with cubelets is always a fun learning experience. For this group of children it was their first interaction with the cubelets and we decided to try a new strategy for introducing them. We simply gave them the blocks and tried to see if they would make some discoveries on their own. To keep it simple we limited the think blocks to only the battery block but gave them the full range of action and sense blocks to explore. Once they got over the cool way that the blocks connect using magnets, which took up much of the time, they eventually stumbled upon a beep, or a block lighting up, or some even noticed the humming sound coming from the motor blocks before they noticed anything turning. We then used these discoveries to discuss the function of each block. We explored what we would have to do to each sense block in order to trigger the action block.  The children were then free to tinker with and combine the blocks to make their own creations. Not bad to be introduced to robotics at the age of 4yrs old and be able to create your own, thanks to the low barrier to entry of the blocks. 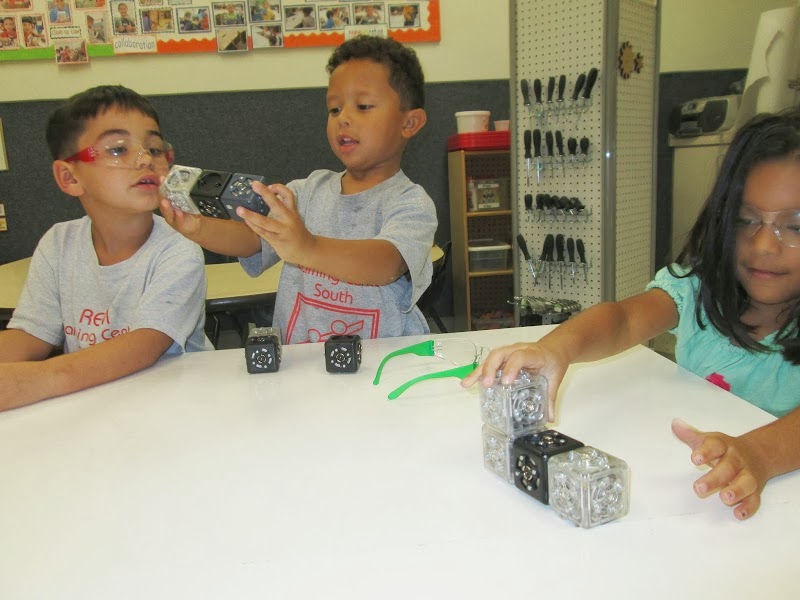 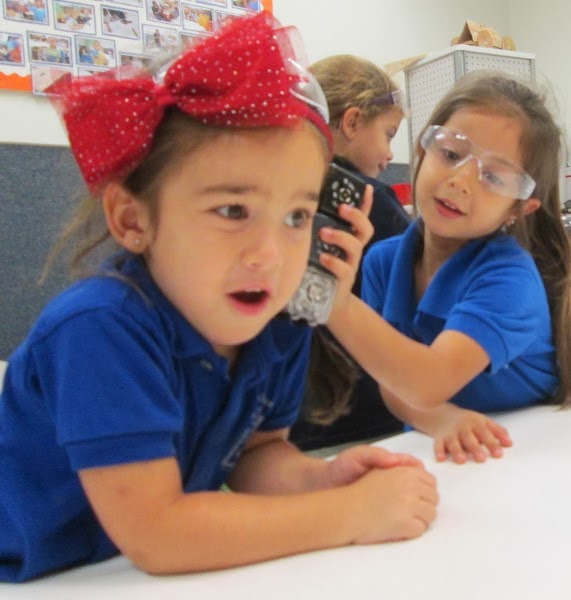 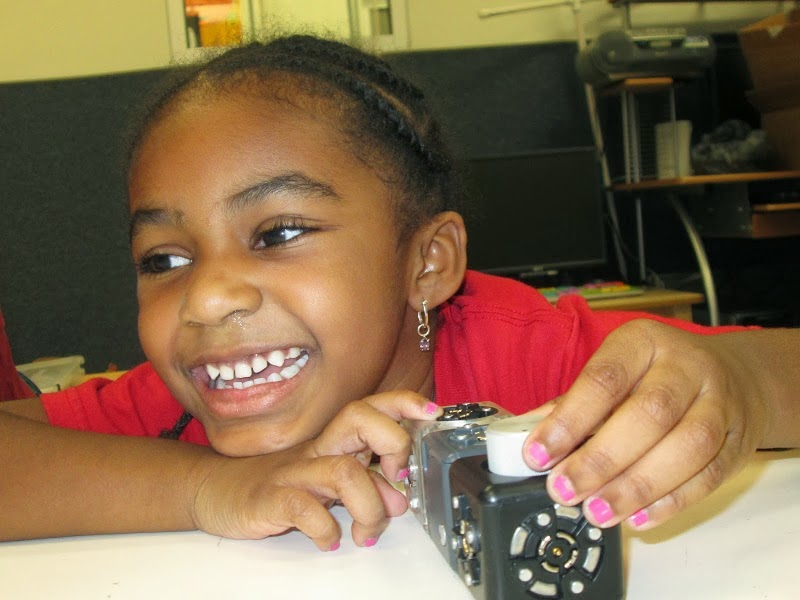 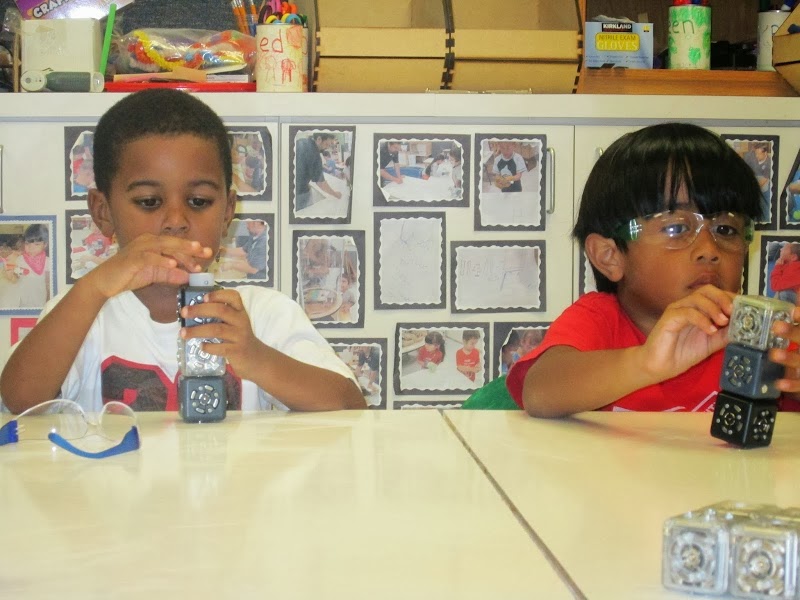 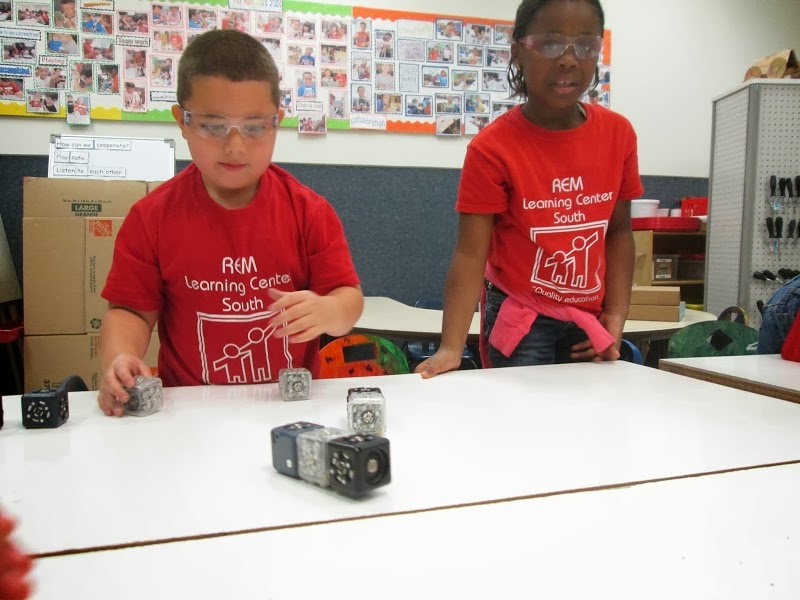